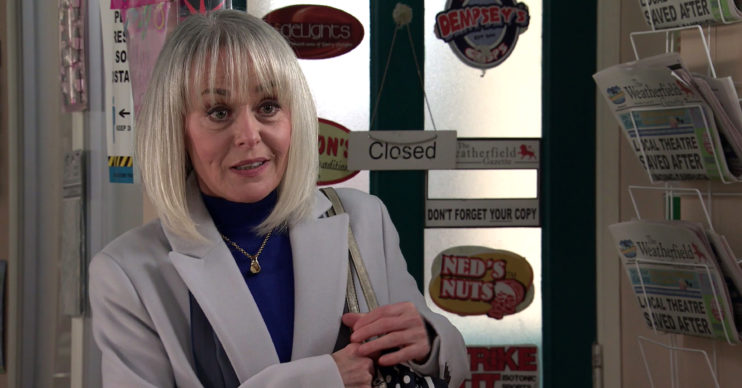 Corrie actress Tracie Bennett has revealed some of the harrowing impacts of Covid.

The actress, 59, plays Sharon Bentley on the ITV soap.

Tracie has revealed that during the early months of the pandemic she was forced to race home to the UK from New York.

Since returning, Tracie has endured some incredibly heartbreaking moments.

In fact, the star has lost 12 friends to Covid since the pandemic began.

Read more: Classic Coronation Street: How long did Deirdre spend in prison and how did she get out?

She continued: “What it was all my American mates in the main, I’ve got a lot of older ones too, and it was like ‘Hi, how you doing?’ ‘Trace, Trace, we’re in the hospital, he’s there, you’ve got to say goodbye, he’s dying.’

“I was like 5 o clock my time, and it takes you a while, and suddenly you go on and you have to say goodbye to your mate, and then they die. Traumatising. I was like ‘Is this a thing?’ I can’t deal with it. And one after the other, I think in about four weeks, I lost about eight.”

Since leaving Corrie Tracie has won two Oliver awards for her role in West End productions.

Sharon was last seen on the cobbles in 1999, and upon her return no one was more surprised to see her than Rita.

The pair previously fell out over Sharon’s attempt to sell The Kabin after it was gifted to her.

Discussing her return to the cobbles, Tracie said it was a “dream come true”.

“I am absolutely thrilled to be returning to the cobbles. I had such an amazing time there and I am looking forward to working with Barbara again and getting my teeth into the storylines they have planned for Sharon.

“When I was first approached about coming back about 18 months ago, I was keen and excited to see what was in store but my work schedule and then the pandemic has meant that it has taken till now for it all to come together,” she added.