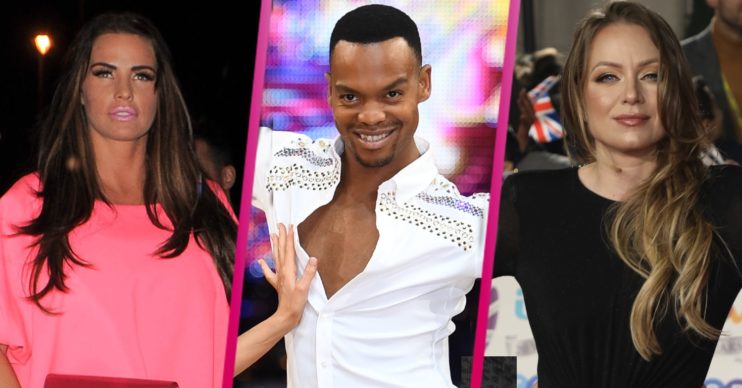 John Torode and Gregg Wallace will be bravely tasting the food once again!

BBC One has unveiled the Celebrity MasterChef line-up 2021 – and the cast includes a Strictly star, a former glamour model and two EastEnders legends!

Just one week after the MasterChef final, the channel has revealed the contenders for the Celebrity MasterChef trophy.

And it’s a mixed-bag of famous faces from the world of drama, music, sport and showbusiness.

There are 20 celebrities daring to step into the MasterChef kitchen.

Katie Price will be one of the famous faces taking part.

There promises to be plenty of laughs in the kitchen, too, with Hi-De-Hi! legend Su Pollard, BGT comedian Nabil Abdulrashid and funnyman Munya Chawawa also taking part.

We have a feeling Strictly dancer Johannes Radebe will also bring some humour, along with fellow contestant Bez of Happy Mondays fame.

YouTuber Riyadh won over judges Gregg Wallace and John Torode in the series finale in July 2020.

John Torode and Gregg Wallace will be back bravely tasting the dishes produced by the celebs.

The duo, along with some well known faces from the world of cookery, will help decide who will win the iconic Celebrity MasterChef trophy.

The Michelin-starred Nieves Barragan-Mohacho and Tom Kerridge will also appear.

When will Celebrity MasterChef 2021 start?

The series is currently filming and will air over the summer.

It will be broadcast over six weeks and will feature a new series of cookery challenges designed to stretch the celebrities culinary ability to their limits.

Sarah Clay, Commissioning Editor for the BBC, said: “Celebrity MasterChef is one the highlights of the British summertime schedule and this series is as entertaining and charming as ever.

“The 20 brave celebrities are joined by a host of chefs at the top of their game in brand new tasks which makes this year feel extra special.

“The standard of cooking is like nothing we have seen before.”

“Lockdown has proved productive for our famous faces’ culinary skills and we are set to see some exceptional talent and astonishing dishes as the celebrities swap their day jobs for a spot in the MasterChef kitchen.”

Celebrity MasterChef will return later this year on BBC One.