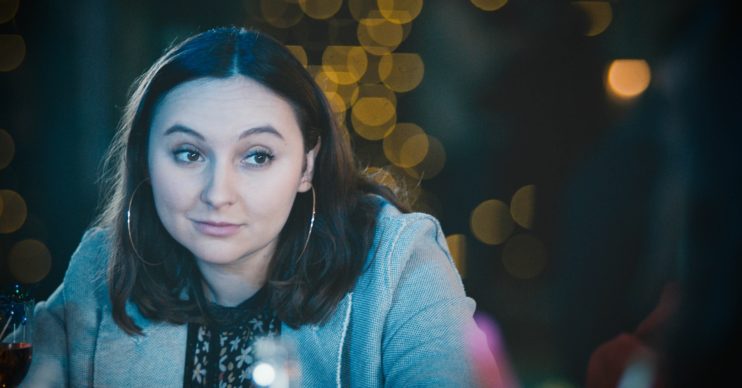 Staff nurse Jade is left traumatised by the experience

Jade will face a terrifying ordeal in Casualty tonight when she is spiked on a night out.

The nurse is trying to enjoy a night out with colleague Faith after her marital woes.

But as the pair laugh and drink together it soon becomes clear they are being watched.

As Faith goes to the bar to flirt with the hunky barman and get them some more drinks, Jade is struggling.

She begins to feel woozy and stumbles as she tries to right herself.

A mystery man helps her to her feet but it turns out to be the man who spiked her drink.

As jade is almost helpless, he hastens to drag her out of the club. In the skirmish he crushes one of her hearing aids after it falls from her bag.

As they get outside, the evil man drags her into an alleyway.

He throws her to the floor and readies himself to attack Jade in the most horrific way.

Will Faith find her outside the club before it’s too late?

Actress Gabriella Leon said to Inside Soap: “It all happens so quickly that it’s hard for Jade to pinpoint exactly what’s happened.

“Like the horrible reality for many women who experience their drinks being spiked, Jade’s loss of control of her body is a clear indicator that something is very wrong,” she explained.

Coming up on #Casualty!

8.20pm Saturday on BBC One. pic.twitter.com/fiIKy4yBzA

“I think there’s a real struggle to regain control. She’s trying to steady herself, and actually realising she can’t do that is really scary.

“There’s not much Jade can do, and she’s very vulnerable. It all get serious when Faith can’t find Jade at all, and she has absolutely no idea where Jade is.”