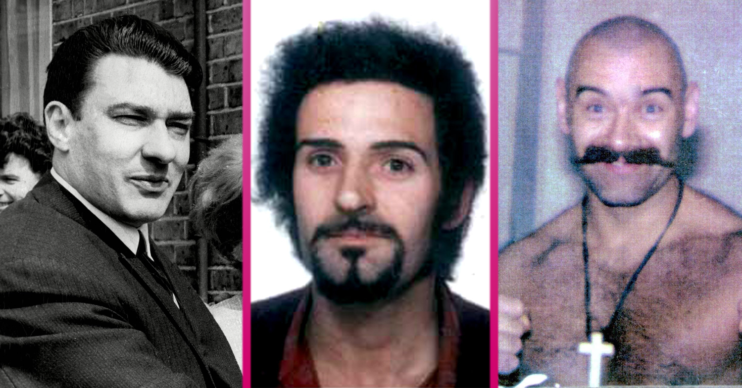 Broadmoor will be explored in a Channel 5 documentary tonight (May 18). Inside Broadmoor: Criminally Insane investigates the history of the high-security facility. From the 1800s to the 21st Century, the 95 minute film looks at some of the controversial treatments used on patients. But what kind of people are are treated at the facility […]

Broadmoor will be explored in a Channel 5 documentary tonight (May 18).

Inside Broadmoor: Criminally Insane investigates the history of the high-security facility.

From the 1800s to the 21st Century, the 95 minute film looks at some of the controversial treatments used on patients.

But what kind of people are are treated at the facility and is it actually a prison?

What is Broadmoor and where is it?

Many confuse the hospital for a prison as patients are often brought in via the criminal justice system.

The facility, which opened in 1863, is located in Crowthorine village, Berkshire.

Patients here suffer with severe mental illnesses and are considered a danger to society.

On average, patients stay there for up to six years.

They are then moved on to lower risk security facilities.

Which notorious criminals have been treated at Broadmoor?

The facility house up to 240 patients at any one time.

Up until 2007, both male and female patients were sent to Broadmoor for treatment.

Now, the facility only takes in male patients.

Probably better known at The Yorkshire Ripper, Peter is a notorious serial killer.

In 1981, he was found guilty of murder 13 women as well as the attempted murder of seven others.

He pleaded not guilty to all charges in court, citing diminished responsibility.

But he was convicted and sent to Broadmoor, where he was diagnosed with paranoid schizophrenia.

READ MORE: Where is Ian Huntley now and does he have coronavirus?

In 2016, he was deemed mentally fit and transferred to HM Prison Frankland, where he will remain until he dies.

“He doesn’t like Huntley at all,” he told the Mirror.

“Peter’s always been good with kids and he must think killing two children is worse than 13 women. But it doesn’t make sense to me.

“He thinks he’s a higher class of killer than Huntley, but a ­murderer is a murderer in my eyes.”

The Kray twins Ronnie and Reggie are two of the UK’s most infamous gangsters.

During the 50s and 60s, they were involved in arson, murder, robbery, protection rackets and countless assaults.

Both were sent to life in prison in 1969 – however, they were separated.

While Reggie went to prison, Ronnie was taken to Broadmoor Hospital.

He remained at the mental health facility until he died from a heart attack in 1995.

Throughout his time in Broadmoor, there were countless attacks on other patients.

He also gave orders to others to kill on his behalf.

Described as Britain’s “most violent prisoner”

He was sentenced to seven years behind bars in 1974 for armed robbery.

Following his release, he was sent back to prison for planning another robbery.

Bronson is known as one of the country’s most notorious criminals due to his behaviour behind bars.

As a result, Bronson’s sentence was extended to life imprisonment.

He has spent time at all three of England’s high-security psychiatric hospitals, Broadmoor, Rampton and Ashworth.

Napper is a dangerous murderer and rapist.

He was taken to Broadmoor in 2008 after murdering Rachel Nickell in front of her young son.

Napper was also convicted of killing Samantha Bisset and her daughter Jazmine.

In total, he was found guilty of two murders, one count of manslaughter, two account of rape and two attempted rapes.

Doctors have diagnosed him with paranoid schizophrenia and Asperger’s syndrome.

He is still alive.

Ball was sent to Broadmoor after attempting to kidnap Princess Anne.

In 1974, the princess was on her way to Buckingham Palace when a Ford Escort stopped in front of her car.

The driver of the Ford Escort was Ball.

When he stepped out of the vehicle, he began firing a gun.

Fortunately, all four survived the attack.

Inside Broadmoor: Criminally Insane is on Channel 5 at 10pm tonight (May 18.)