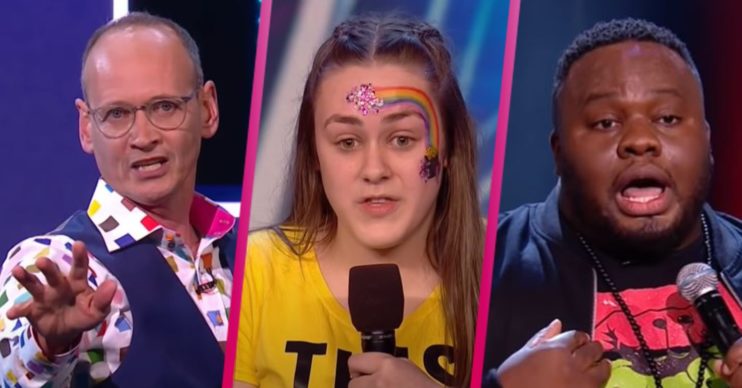 Britain’s Got Talent final odds: Bookies back Sign Along With Us to win 2020 series

Britain’s Got Talent will conclude this weekend with its grand final and bookies’ odds show they have picked a clear winner in Sign Along With Us.

Confirmed for the 2020 BGT final are the five that the judges chose after each of the semis – variety act Steve Royle, dancers Aaron and Jasmine, magician Magical Bones, comedy singer Jon Courtenay and stand-up comic Nabil Abdulrashid.

Joining them will be five acts the voting public have chosen, all of which will be revealed at the final on Saturday (October 10).

What odds are bookies offering on the Britain’s Got Talent final?

According to the website Oddchecker, the act most likely to win isn’t one of the judges’ choices, though.

Bookies are currently offering odds of 7/4 on Sign Along With Us winning. The Golden Buzzer act had viewers in tears with their semi-final performance.

Jade Kildruff, 19, and her brother Christian, five, performed Cindi Lauper’s True Colours and Unbreakable by Kelly Clarkson. Some from their choir joined them in person, while others featured on a screen behind them.

Sign Along With Us the favourite followed by Nabil Abdulrashid

The next most likely to win, according to betting firms, is comedian Nabil Abdulrashid, at 4/1.

The stand-up funnyman sparked a slew of Ofcom complaints with his racism routine, following the backlash over Diversity’s Black Lives Matter performance.

The third most-likely-to-win act on Oddschecker is Jon Courtenay, with odds of 5/1 on him winning.

It was a tough decision for the judges when Jon got through, as not all the panel agreed with each other. Those watching at home were equally split, with some claiming the wrong BGT act got through.

Bookies have Aaron and Jasmine down at 80/1

As usual, Ant McPartlin and Dec Donnelly will host the programme, while Alesha Dixon, David Walliams, Amanda Holden and Ashley Banjo will make up the judges’ panel.

Aside from the contestants, the finale will also feature a guest performance presented by theatre producer Cameron Mackintosh.

Who do you think is going to win this year’s Britain’s Got Talent? Leave us a comment on our Facebook page @EntertainmentDailyFix and let us know.