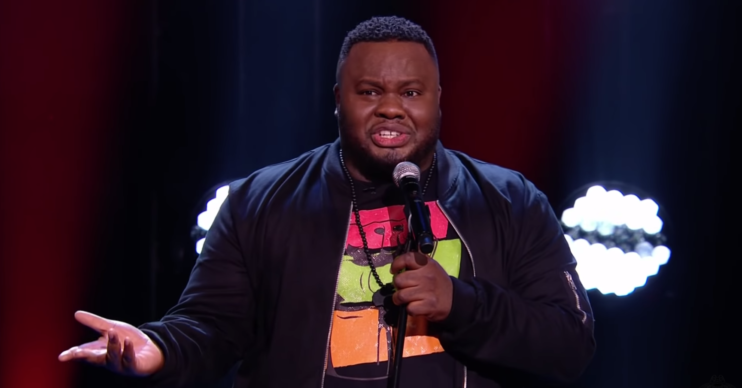 He called the allegations "defamatory and malicious"

BGT star Nabil Abdulrashid has hit back at accusations of “bullying” and “homophobia”.

The comedian, who is in the show‘s final tonight, was accused of mocking his Muslims Like Us co-star Ferhan Khan.

Nabil and Ferhan appeared on the BBC Two show in 2016, which saw ten British Muslims with different views on the world move into a house together.

What was Nabil Abdulrashid accused of?

Speaking to the Daily Star, Ferhan alleged that Nabil “made a comment about how being gay was not halal” and “mimicked his voice and hand gestures”.

Read more: Britain’s Got Talent final odds: Bookies back Sign Along With Us to win 2020 series

He added: “When I saw him back on TV it brought back all the nightmares I had buried.

“Twice he mimicked my voice and my hand gestures.

“I felt hurt and upset. It brought back all the nightmares I suffered at school as a victim of homophobic bullying. I hated it.”

Ferhan said Nabil made him feel “afraid” and “bullied” and believes “people should know what he is like”.

He added that he “didn’t stand up to him then but I am now”.

However, a BGT spokesperson said: “Nabil completely refutes these claims which he says are false, defamatory and malicious.

When I saw him back on TV it brought back all the nightmares I had buried.

“As a result, he is considering all legal avenues that are open to him.”

Meanwhile, a source close to Muslims Like Us added to the publication: “The contributors were watched 24/7 and although it was clear Nabil and Ferhan didn’t get along, there were no incidents of any homophobic or bullying behaviour, certainly not from Nabil.

“In fact, the one time producers did step in was to warn Ferhan and another female contributor that their aggressive behaviour towards Nabil over the onion incident would not be tolerated.”

Ent Daily has contacted reps for BGT for further comment.

One of his jokes stated: “People watching will think that it’s another one of those Black Lives Matter guys doing jokes about stop and search.

“No, it’s a joke about being fat. Big Narstie and I are both fat, we just both happen to be black too. Don’t throw in the race card guys!”

He wrote on Twitter: “Funny how I made fun of lefties too but so far it’s not them wishing death on me or sending me abuse.

Funny how I made fun of lefties too but so far it’s not them wishing death on me or sending me abuse.. hmmm who were the snowflakes again?

“Hmmm who were the snowflakes again?