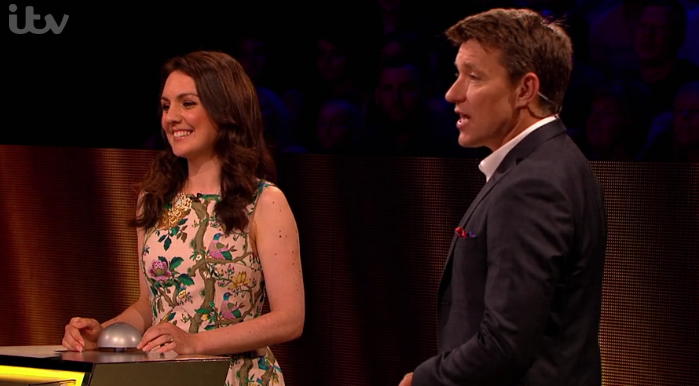 Laura's chosen charity was very close to her heart

Ben Shephard was in tears as he watched his Good Morning Britain colleague and good friend Laura Tobin make it through to the final of Tipping Point: Lucky Stars.

Laura was competing to win money for her chosen charity alongside Tito Jackson and Faye Brookes in the episode that aired on ITV last night.

Laura’s chosen charity was Babies in Buscot Support, as her daughter Charlotte was born prematurely in 2017 and cared for at the Buscot Ward that’s located inside Reading Hospital.

One of the most emotional finishes to @TippingPointITV ever, to be able to celebrate a wonderful jackpot win with a friend who has been through so much was very special. The new incubator will save lives like little Charlotte’s was. It doesn’t get much better than that! #jackpot pic.twitter.com/WZkG8k2Qel

When she reached the final and won the £20,000 for the important cause, Laura and Ben both became emotional.

While a stunned Laura said: “I can’t believe it. I’m speechless.”

Ben then explained to the audience why they were both in tears, saying: “There’s a reason we’re crying of course. The £20,000 is going to a very, very special charity.”

Laura added: “Yeah, it’s going to a very special charity. My daughter Charlotte who is beautiful was born very prematurely, three months early and she was looked after in the Buscot Ward at Reading Hospital and there is a charity called BIBS, Babies in Buscot.

“They look after the children, the babies, the families, the relatives and any money for them is fantastic.

“They are such a small charity but this will pay for an incubator for a baby.”

As Ben continued to say how thrilled he was, Laura’s adorable little girl was brought out on stage.

Later on, Ben tweeted a clip of the special moment and wrote: “One of the most emotional finishes to @TippingPointITVever, to be able to celebrate a wonderful jackpot win with a friend who has been through so much was very special.

“The new incubator will save lives like little Charlotte’s was. It doesn’t get much better than that! #jackpot.”