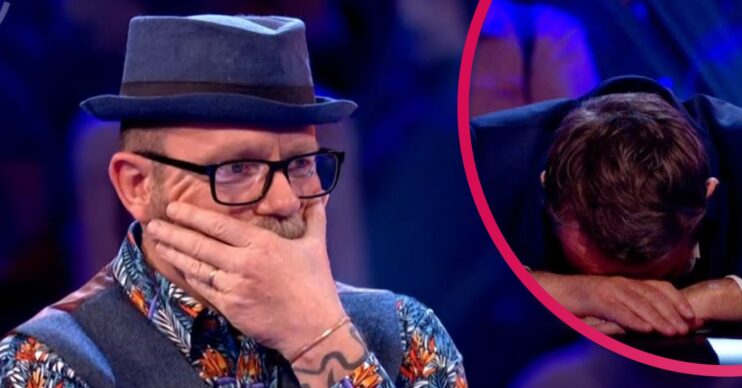 It was so close!

Beat the Chasers 2022 host Bradley Walsh looked gutted as a contestant lost out on thouands by just one second.

During Thursday night’s show, Frankie went up against some of the Chasers in the hope of bringing home £15,000.

Frankie explained to Brad that he wanted to treat his wife and his twin brother and his partner to a roadtrip to California.

After Frankie’s first round, the Chasers put their offers forward.

Despite being offered a huge £75,000 to take on five Chasers, Frankie opted for a lower offer.

He decided to go up against three Chasers – Jenny Ryan, Shaun Wallace and Mark Labbett – for £15,000.

While Frankie had 60 seconds on his clock, the three Chasers wanted 40 seconds.

He said: “I’m not a greedy man, I’m going to take on three Chasers please Brad.”

Frankie was doing amazing during the round and it got down the final few seconds.

However, with just five seconds remaining, Frankie got an answer wrong and time ran out before Bradley could ask another question.

The Chasers as well as Bradley looked gutted for Frankie.

Bradley put his head in his arms as the Chasers gave Frankie a standing ovation for his efforts.

Frankie admitted: “I thought I had it mate.”

Bradley said: “Me too. Couldn’t have been much closer than that, a split second.”

Darragh Ennis – aka The Menace – told Frankie: “You did everything right there, the right offer, you didn’t get blinded by the money.

“When you didn’t know something, you gave a clever guess. It’s literally a split second away from winning the money. You’re really unlucky.”

Read more: The Staircase: Who are Kathleen Peterson’s children? What is her family tree?

Another wrote: “Never have I been so devastated about a loss.”

Beat the Chasers continues on ITV, tonight, from 9pm.

Did you enjoy last night’s show? Leave us a comment on our Facebook page @EntertainmentDailyFix and let us know.