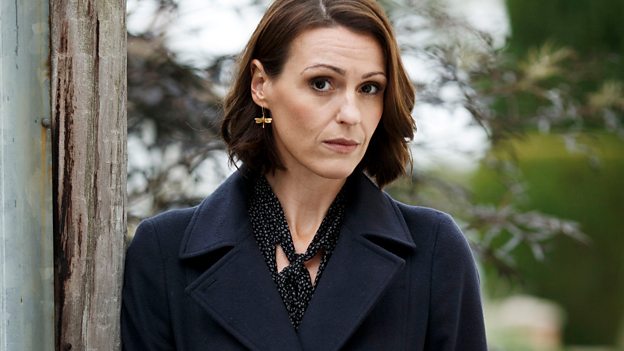 The drama series was a hit

The BBC is said to be making a Doctor Foster spin-off show.

Upcoming new drama Life – which has also been written by Mike Bartlett – is set to follow Victoria Hamilton’s character Anna Baker, who was Gemma Foster’s (Suranne Jones) neighbour in the thriller.

Despite leads Suranne and Jodie Comer (Kate Parks) being busy with work commitments at the moment, it is thought they could potentially make cameos in Life.

A source told The Sun newspaper: “Life could get round the problem by ensuring they don’t have to commit to a whole series, which is a thrilling prospect for fans suffering withdrawal symptoms since it ended.”

Writer Mike has confirmed the new drama will “share a universe with” his previous project, which could open the door to Suranne and Jodie’s characters returning.

He recently told the publication: “In the last series of Doctor Foster Anna split up with Neil and moved away. But I loved her as a character and suspected that was really the start of her story, rather than the end.

“In Life we find her living alone, under a different name, in a new city.

“It’s one of four story strands that make up the series, the other three being new, completely different interconnected stories that explore the epic and extraordinary in our everyday lives.”

In Life we find her living alone, under a different name, in a new city.

But he conceded it could be difficult for Mike to get the “band back together” because Suranne is constantly in-demand, whilst Jodie – who played his Simon’s lover Kate Parks – has become a global star with her role as Villanelle in Killing Eve, and teenage son Tom (played by Tom Taylor) has appeared in the likes of The Dark Tower and The Kid Who Would Be King.

Bertie told MailOnline: “I’d love to do more. The fact they got our band back together and we made a second series was not a fait accompli, because nobody was under the option to do it.

“So to do it a third time would be even more complicated. Suranne certainly has not been putting her feet up.

“Tom Taylor is a bigger movie star than any of us and Jodie Comer’s not exactly lazy either, so there we are. We’ll see, though.”