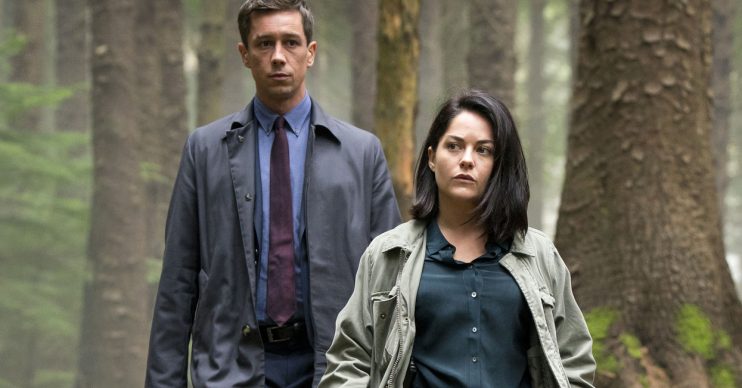 BBC drama Dublin Murders both ‘brilliant’ and ‘confusing’ for viewers

Not everyone's keeping up

New drama Dublin Murders has divided BBC viewers, with many left scratching their heads after watching the opening episode.

The psychological thriller, which got underway last night (14.10.19), is based on novels by author Tana French and follows detectives Rob Reilly (Killian Scott) and Cassie Maddox (Sarah Greene).

It tells the story of their investigation into the murder of a 13-year-old girl, Katy – and how the killing might be linked to the unsolved disappearance of two children in 1985.

During the first of eight episodes, the show teased that both the lead characters are hiding secrets of their own.

Cassie was seen in court at one point as she testified for witness protection over a previous case.

In another scene, Rob sniffed some dusty old clothes in a police evidence room as viewers learned he is actually Adam – a survivor from the incident in which his two friends, Jamie and Peter, disappeared.

But on Twitter, viewers couldn’t make sense of what was going on.

One admitted: “I have no idea what is going on! #DublinMurders.”

Another demanded: “What the [bleep] is going on? #DublinMurders.”

A third said: “What the hell is going on in #DublinMurders? #confused.”

“Have these detectives got something to do with the murders from all those years ago?” tweeted a fourth, adding: “What’s the link? #dublinmurders.”

Not everyone was turned off, as some viewers praised episode one as a “brilliant” start to the series.

Someone put: “First episode of #dublinmurders was amazing, definitely wasn’t expecting that plot twist at the end! Killian Scott and Sarah Greene are brilliant, looking forward to the rest of the series.”

“So far so good, solid tense start to a potentially excellent series #DublinMurders,” wrote another.

Dublin Murders is the latest dark drama on BBC One since star-studded surveillance thriller The Capture aired its finale.

That show wrapped with a divisive ending that some viewers branded a “mess” and others admitted they “loved”.