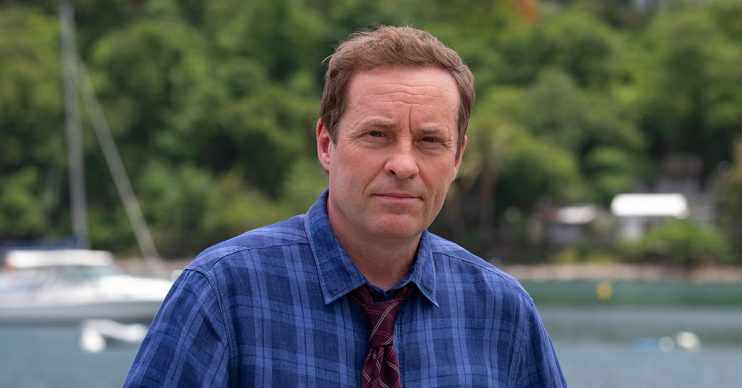 The 54-year-old actor will bow out of his role as DI Jack Mooney during the upcoming series of the BBC1 drama show set on the fictional island of Saint Marie.

He said: “I’ve spent the last four summers in Guadeloupe playing DI Jack Mooney, solving over 20 murder cases in my time there.

Ardal’s exit will air during the upcoming ninth series of the show, which will go out on BBC1 in January 2020.

But, as yet, the BBC are keeping details of Jack’s departure – and replacement – under wraps.

Tommy Bulfin, commissioning editor of BBC Drama added: “We will be sad to say goodbye to DI Jack Mooney when the time comes, our audiences have loved the joy and humour he has brought to the Saint Marie police force over the last four series.

And be prepared for an emotional exit, as executive producer Tim Key hinted: “I don’t think there will be a dry eye in the house.”

With a 10th series of the drama having already been commissioned by the BBC, the murders are set to continue without Ardal.

The series – which is one of the BBC’s most popular shows – started in 2011 with Ben Miller at the helm as DI Richard Poole, but he was replaced by Kris Marshall’s DI Humphrey Goodman in 2014.

Ardal joined the cast in 2017, but who will replace him?

Kris recently admitted he’d love to return to the series, after bowing out in 2017 to spend more time with his family.

“Would I go back, and do a cameo in Death in Paradise?” he said during a press event for upcoming ITV drama Sanditon. “Unequivocally yes.”

Who would you like to see join the cast of Death in Paradise? Leave us a comment on our Facebook page @EntertainmentDailyFix and let us know what you think!