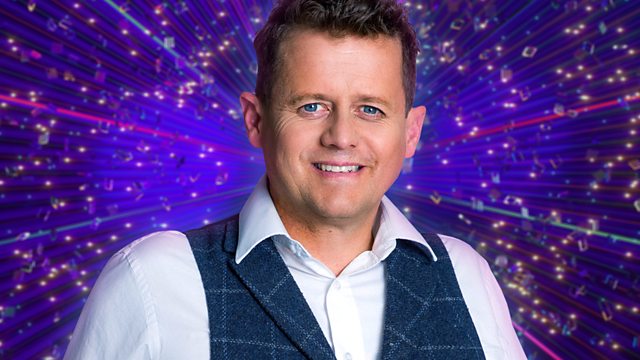 Well they do joke that he is accident prone...

BBC Breakfast crew members got a little bit over-excited today, when they announced the sixth contestant to take part in this year’s Strictly Come Dancing is one of their own – Mike Bushell.

As they built up to the big unveiling, Mike – disguising himself behind a top hat and cheerleader-style pompoms – stepped out from a cloud of smoke to reveal himself…

Only, it soon became apparent to everyone in the studio and those watching from home that WAY too much smoke had been released in all the pomp and ceremony.

The presenters laughed off the fact, as Mike chatted about his next big role, alongside guest Stacey Dooley who won the show last year.

But one viewer protested from home: “Okay, who was in charge of the BBC Breakfast smoke machine?!”

Ok, who was in charge of the @BBCBreakfast smoke machine?!

Have I suddenly developed cataracts overnight, or is the #bbcbreakfast studio on fire?

Read more: Strictly’s Catherine Tyldesley never danced before because of her size 22 figure

Another said: “Have I suddenly developed cataracts overnight, or is the BBC Breakfast studio on fire?”

A third joked: “Looks like a valve has ‘blown’ on one of your cameras BBC Breakfast.”

Many others joined the light-hearted joking about Mike’s notorious clumsiness – remember when he fell into that swimming pool? – and even commented on the fact his shoelaces were undone during the segment!

Mike is the sixth star confirmed for this year’s Strictly Come Dancing.

The 53-year-old sports presenter admits he thought the BBC had called the wrong person, when he was offered the chance to join the line-up, but he is no stranger to people thinking he has been on the Latin and ballroom show because he is often confused for presenter Chris Hollins.

“This happens every week, someone says, ‘Can I have a selfie?’ They’re in the middle of the selfie, ‘My partner loved you on Strictly’, and I’m thinking, ‘Do I say I’ve never been on ‘Strictly’ or do I keep quiet?'”

He said: “I told my new wife, because she was wondering why I was doing funny moves around the lounge.