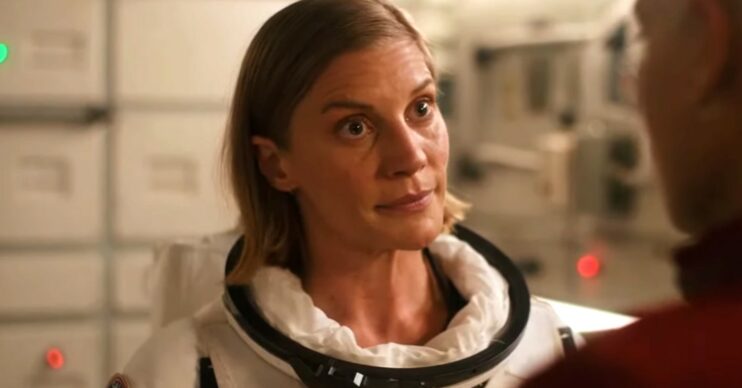 Another Life season 2 on Netflix: When is it released and is there a trailer?

The sci-fi series is back to terrorise Netflix viewers

Netflix has finally released a trailer for the long-awaited Another Life season 2.

However, the global pandemic ended up causing a delay and meant fans have had to wait.

Another Life season 2 trailer: What is the plot?

Just like the first season, Another Life season 2 is expected to be 10 episodes long.

During the first run, a UFO lands on earth and begins to start growing.

Erik Wallace (Justin Chatwin) attempts to communicate with the aliens inside. Meanwhile, his wife, Niki Breckenridge (Katee Sackhoff) pilots a crew to determine the origin of the UFO.

After reaching their destination, Niki realises what appears to be the true intention of the aliens and desperately flees back to Earth to warn the planet before it’s too late.

To make matters worse, the Earth is completely unarmed.

Journalist Harper Glass (Selma Blair) tells the planet that the aliens aren’t dangerous, but instead peaceful and friendly. However, little does the rest of the world know that Harper is under the mind control of the aliens.

The synopsis for season one read: “Another Life explores the miracle of life, how precious life is in a universe mostly empty of it, and the lengths we will go to protect the ones we love.”

Filming for season 2 first began in early 2020. However, the pandemic ended up causing a lengthy delay.

As a result, season 2 of the Netflix show finally wrapped in December.

While little is known about what might happen in season 2, actress Katee teased there are already ideas for season 3.

“So, we know where the show potentially will go for the first three seasons,” she told Collider.

“I love this character, and I love the cast and the crew, and I want to do everything in my power to see it come back, for many years.”

When and where can I watch it?

There is currently no confirmed date the show will return.

However, we know it will hit Netflix in the UK at some point this Autumn.

Netflix has a habit of releasing horror-themed shows during the spookiest month of the year.

As a result, fans can likely expect to be able to binge the show in October.