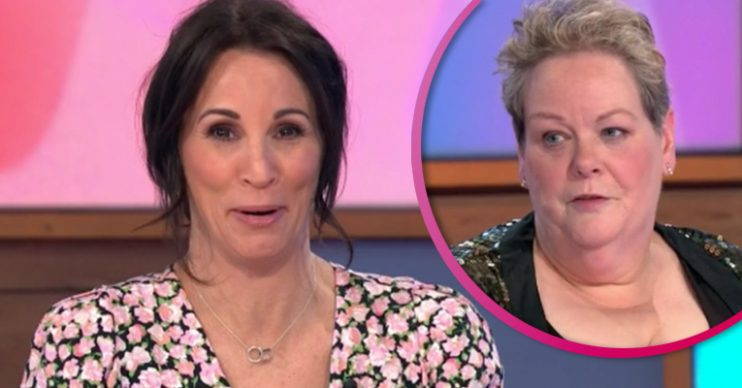 Andrea McLean accidentally revealed the start date of the new The Chase spin-off Beat The Chasers.

Anne Hegerty, a quizzer on the ITV game show, appeared on Monday’s Loose Women to discuss what she’s been up to and to spill some details on the new programme.

But Anne was left stunned when Andrea revealed when Beat The Chasers will start – something ITV apparently didn’t want announced just yet.

Anne cut in: “Woah, woah, woah. You weren’t actually supposed to say that.”

You weren’t actually supposed to say that

Andrea said: “Oh was I not?” to which Anne said: “No. I’ve had a request from ITV – please do not reveal the date at which it starts.”

Andrea replied: “Oh, well we didn’t get that memo.”

Viewers were in hysterics over the blunder and shared their thoughts on Twitter.

Another wrote: “ITV aren’t going to be very happy #LooseWomen.”

Last November, ITV announced The Chase was getting its very own spin-off show.

It was confirmed that Anne and her fellow Chasers Shaun Wallace, Jenny Ryan, Mark Labbett and Paul Sinha will all be appearing on the programme.

The new show will see the quiz experts compete together as contestants play against them and the aim is to earn cash.

Michael Kelpie, Managing Director of production company Potato, said of the news: “For quiz fans, this is the equivalent of competing in the Olympics or playing in an FA Cup Final.

Katie Rawcliffe, Head of Entertainment, ITV added: “It’s so exciting to be expanding the award-winning The Chase format.