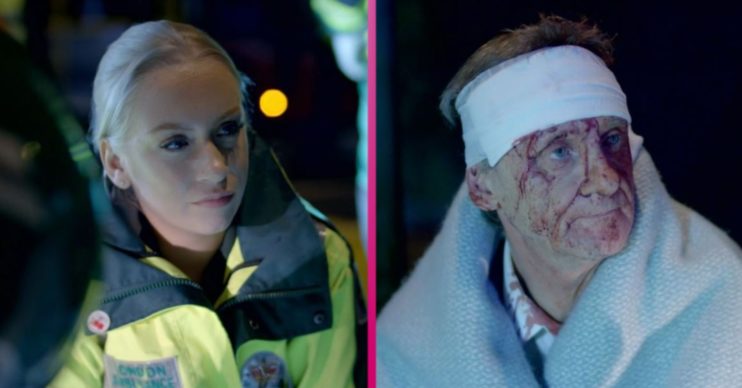 The other driver was killed in the collision

Ambulance viewers’ hearts went out to a bus driver on the BBC documentary series as he broke down after his vehicle was involved in a ‘horrific’ crash.

What happened with the bus driver on BBC One’s Ambulance?

Numerous people were hurt in the incident in Orpington, Greater London, with one pronounced dead at the scene and several left needing urgent medical attention.

Ken, the driver of one of the buses, died in the crash. And the other driver, Kevin, struggled to cope with what had happened.

As paramedics tended to him, he broke down in tears and said he just wanted to go home.

“I just want to be home, get in bed with my woman.”

What did Ambulance viewers think?

It left viewers at home feeling emotional, with a number saying they just wanted to give him a big hug. Others said the scene looked as though a bomb had exploded.

Can’t even begin to imagine what the poor bus driver is going through.

A third said with broken heart and crying emojis: “The poor bus driver, he knows the other one died.”

Someone else said: “Very traumatic experience for the bus driver, I hope he’s okay… #Ambulance.”

“Can’t even begin to imagine what the poor bus driver is going through,” said a fifth, adding: “What a horrendous incident.”

“#Ambulance Seeing that driver getting so upset as the shock of the accident sets in…,” said a sixth tearful viewer.

One wrote: “Oh my heart goes out to that bus driver. I actually cried a little bit watching that #Ambulance #BBC.”

“Ambulance destroys my emotions every week!” another said. “That poor bus driver.”

Can't even begin to imagine what the poor bus driver is going through. What a horrendous incident.#Ambulance

Looks like a bombs gone off, never mind a crash. #Ambulance

At the end of the episode, an on-screen message explained: “A man pleaded guilty to causing death by dangerous driving.

“He also admitted to seven further counts of causing injury and being unlicensed and uninsured.”

The man received a sentence of seven years and eight months in detention.

It also revealed that Kevin continues to make a full recovery – and is back driving his buses.

What did you think of last night’s Ambulance? Leave us a comment on our Facebook page @EntertainmentDailyFix and let us know.