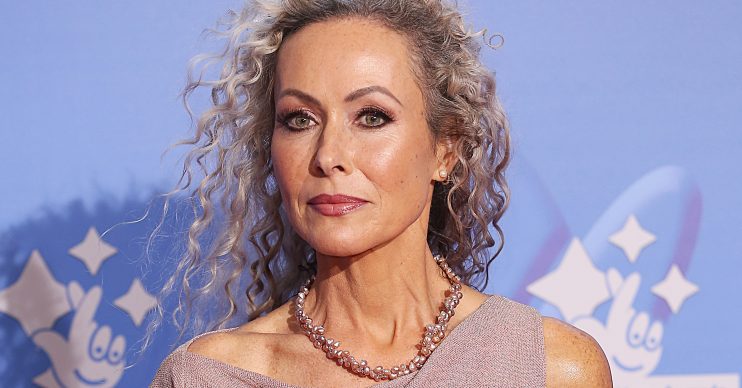 Actress Amanda Mealing, who plays Connie Beauchamp in Casualty, has clashed with a follower on social media after sharing a cryptic post from A&E.

On Instagram, the star posted photo of an information board in an emergency department and wrote: “Can’t believe it. One way or another I seem to spend a lot of time in an E.D.”

Can’t believe it. One way or another I seem to spend a lot of time in an E.D. If @bbccasualtyofficial ran in real time you watch a waiting room for the entire episode. Let’s count the hours I wait here…45mins so far…

She then joked: “If @bbccasualtyofficial ran in real time you [would] watch a waiting room for the entire episode. Let’s count the hours I wait here… 45 mins so far…”

But one social media user, whose profile says she works as an auxilliary nurse, took umbrage with Amanda for seemingly complaining about waiting times at NHS hospitals.

The user wrote: “Be thankful that you’re well enough to be sat in the waiting room.

“It’s the ones that get rushed straight in to resus that you need to feel sorry for.

“I’m sorry that you find yourself needing emergency treatment, but don’t forget that those poor people working in there are maxed out and they’ll get to you as soon as they can.”

Amanda hit back at the user, accusing her of “sanctimonious, self righteous indignation” and telling her she doesn’t know the full story.

She wrote: “It’s this kind of sanctimonious, self-righteous indignation that ruins social media for the rest of us.

“You have absolutely no idea why I was in A&E. I, at no point, said I should have priority over those more in need. So what’s your point? And you’re in the ‘care profession’?! Wow!”

The user then replied: “No, but you were moaning about how long you’d have to wait in there. And yes, I’m in the care profession and there is nothing worse than someone presenting to the ED and then complaining about the wait!”

Writing further, she told Amand:, “If you don’t want to be there then don’t go” and said there are “other options” available “if you’re not dying”.

She added: “So thanks for your input but basically, you’ve just proved my point.”

Amanda is currently on a break from Casualty, as her character Connie left the programme in dramatic scenes earlier this month.

But viewers can expect to have her back in the near future, as she told Digital Spy that bosses are “resetting” the character after she was ordered to leave the emergency department amid her addiction to prescription drugs.

She said: “We are resetting Connie, which is really exciting for me. We’ve seen her vulnerable side, but I am now pushing to get back into that strong, strident Connie that viewers love.”

Speaking further, Amanda said Connie will “come back so much stronger” as the character has had “a chance to look at herself”.