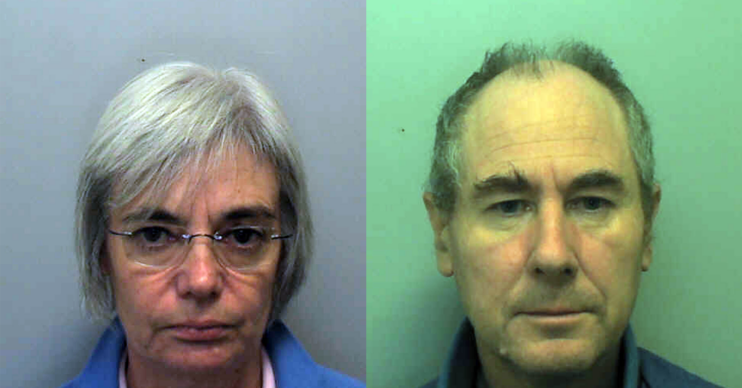 The Thief, His Wife and The Canoe on ITV: True story about John Darwin’s extraordinary crime

They didn't have to make it up!

The Thief, His Wife and The Canoe is currently being trailed on ITV and crime drama fans are in for a real treat.

Penned by Unforgotten writer Chris Lang, the four-parter is based on the staggering true story of John Darwin, who faked his own death.

Read on for details of when it’s on, who’s in the cast and what actually happened.

The Thief, His Wife and The Canoe – what did John Darwin do?

Back in March 2002, a Mr John Darwin was reported ‘missing’ after not arriving for work.

The last sighting of John was a day earlier when he was seen paddling off in his canoe in Seaton Carew, Hartlepool in County Durham.

Later, his paddle was found along with the wreckage of the canoe, and it was assumed that Darwin had died in a tragic accident.

But, that obviously wasn’t the end of it – that would be a pretty boring four episodes!

John was in fact very much alive, detectives discovered years later. And he’d faked his death in a £679,000 insurance scam.

Incredibly, his wife Anne had collected his life insurance and then travelled abroad for a new life – where she met up with her ‘dead’ husband.

Why did John Darwin fake his own death?

John and Anne ran a business renting out and landed themselves in huge debt with the purchase of two houses in December 2000.

Looking for a way out of his debt, John decided to fake his own death to claim the life insurance.

He secretly lived in a bedsit next door to the couple’s home.

Anne, who was in on the plan, lied to their sons, Mark and Anthony, for five years about their father’s ‘death’.

The couple decided to move to Panama City to start a new life together, but their secret was stopped being a secret when a photo of them in a Panama real estate office in July 2006 was uncovered.

They returned to England for trial. John was ordered to serve six years and three months in prison, while Anne got six years and six months.
She had claimed that John forced her into the illegal plan but the jury didn’t believe her.

John and Anne are now divorced and, remarkably, their sons have forgiven their mum for the deceit.

The Thief, His Wife and The Canoe airs over four consecutive nights from Sunday, April 17.

Speaking about the drama, Chris said: “I am beyond delighted to be working with two of the finest actors of their generation.

“I have admired them both from afar for many years (not in a creepy way though) and cannot wait to see them bring Anne and John Darwin to life.”

He added: “If I’d tried to sell this project as an original story, it would never have got further than the pitch.

“It’s just too far-fetched, ‘Chris, no-one would ever believe that any of that could actually have happened,’ except it did. All of it.

“And I loved writing every single word.”

Alongside a fascinating story are two stellar actors in the lead roles of John and Anne Darwin.

Eddie Marsan plays John. His most recent TV roles have been in BBC One dramas The Pact and Ridley Road and Channel 4’s Deceit.

Eddie has also starred in movies Roy Donovan, Sherlock Holmes and The Gentleman – to name but a few.

And he’s pretty damn phenomenal in every role he touches.

BAFTA-winning actress Monica Dolan plays Anne. Viewers will probably recognise her most for her quite unforgettable and haunting performance as Rosemary West in ITV drama Appropriate Adult.

She also played a wife whose husband has been murdered in BBC One drama Strike.

Where was it filmed?

The drama mostly filmed in Hartlepool, but with places like Cyprus and Panama playing big roles in the story, expect a few exotic locations.

How many episodes will there be?

Following what seems to be a current trend, there will be four parts to the drama.