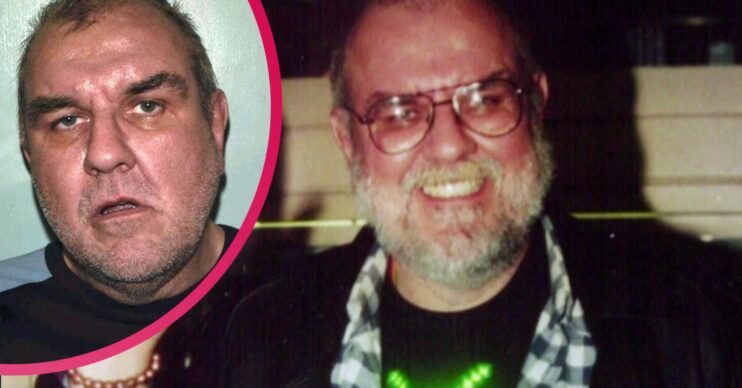 Killer at the Crime Scene: Who was serial killer Anthony Hardy, also known as the Camden Ripper?

Dismembered human body parts were found in bins around London

Anthony Hardy, also known as the Camden Ripper, remains one of the UK’s most notorious serial killers.

For years, he left Londoners fearing for their lives.

The public were horrified when dismembered body parts were found in and around bins in the country’s capital.

But how many did Camden Ripper Anthony Hardy kill?

Read more: The Killing of PC Harper: Who killed him, where are they now, and why did they do it?

Who was Anthony Hardy?

Anthony Hardy was born in Burton upon Trent, Staffordshire, on May 31 1951.

He reportedly excelled at school and college, before going on to gain an engineer’s degree from Imperial College London.

Anthony subsequently became the manager of a large company.

He married wife Judith and together they had four children – three sons and one daughter.

His relatives say he was a happy family man, until they moved to Australia and his behaviour began to change…

Tragically, Anthony went on to become a devil-worshipper and murderer.

The media gave him the gruesome nickname the Camden Ripper for his crimes.

Anthony idolised Jack the Ripper, according to those who knew him.

What did Anthony Hardy do?

In 1982, police arrested him in Tasmania.

His wife accused him of trying to drown her, but later dropped the charges.

After the divorce, doctors diagnosed Anthony Hardy with bipolar and he spent time in mental hospitals.

He also received treatment in psychiatric hospitals across London for depression, drug-induced psychosis and alcohol abuse.

Anthony lived in various hostels in London, and turned to crime.

Police charged him with theft, and being drunk and disorderly.

They arrested him in 1998 when a prostitute accused him of raping her.

Police dropped the charges due to a lack of evidence.

As well as his mental health problems, Anthony suffered from alcoholism and diabetes.

Unbeknownst to police, Anthony Hardy went on to kill at least three women.

He disposed of their body parts in a communal bin area.

Police eventually discovered the crimes when a homeless man found a pair of legs while rooting through the bins for food.

Read more: Killed by a Rich Kid: How did teenager Yousef Makki die in 2019? Where is killer Joshua Molnar now?

The murder of Sally White

In January 2002, police responded to a woman’s report of vandalism.

Anthony Hardy’s neighbour complained that someone had vandalised her front door.

She strongly suspected that “strange” Anthony Hardy was the culprit.

Ignoring his protests that he didn’t have the key to the door, police eventually found the key and opened the door.

In the room, the police found the naked dead body of a woman lying on a bed with cuts and bruises to her head.

Police later identified her as Sally White, 38, a prostitute who had been living in London.

Despite the circumstances, forensic pathologist Freddy Patel subsequently concluded that Sally White had died of a heart attack.

The government’s register of pathologists eventually suspended him because of this, and other, dangerous errors.

In 2012, the General Medical Council erased his name from the medical register – meaning that he can no longer practice medicine in the UK.

Unbelievably, police did not charge Anthony Hardy with Sally’s murder.

He pleaded guilty to a charge of criminal damage and, blaming his drinking problem, claimed he had no knowledge of how Sally White came to be in his flat.

Anthony Hardy was transferred to a psychiatric hospital, under section 37 of the Mental Health Act 1983.

He stayed there until November 2002.

Why was Anthony Hardy called the Camden Ripper?

Anthony Hardy was called the Camden Ripper due to the nature and location of his crimes.

The UK serial killer dismembered some of his victims in one of the country’s most grisly crimes to date.

Bodies were found scattered around the London borough of Camden, which is where Anthony lived.

After his divorce from wife Judith, Anthony lived in various hostels in London and was occasionally homeless.

At the time of his arrest, Anthony lived in a council flat – later dubbed ‘The House of Horrors’.

This is where the serial killer murdered and dismembered three women.

In 2004, angry tenants protested when the flat was refurbished and re-let.

Many residents wanted to convert the house into a caretaker’s office, or turn the flat into a shrine to the murder victims.

Unlike the Soham home of child killer Ian Huntley and the Gloucester house lived in by serial murderer Fred West, which have both been bulldozed, the flat is positioned in a central part of the estate and could not be demolished.

How many victims did he kill?

In November 2003, Anthony Hardy was sentenced to three life terms for three murders, but police believe he may have been responsible for up to five more.

He cut up his two younger victims with an electric saw.

Their heads and hands were never found.

Anthony Hardy was possibly connected to the unsolved murder of prostitute Zoe Parker, who was found dismembered and dumped in the River Thames.

She was last seen in Hounslow in December 2000.

There were also five or six other murders that bore marked similarities to the ones for which he was convicted.

However, not enough evidence was available to implicate him.

In 2013, respected criminologist David Wilson released a documentary on Anthony Hardy as part of his Killers Behind Bars: The Untold Story series.

He examined claims that Anthony Hardy could be linked to the murders of London prostitutes Sharon Hoare in Fulham in 1991 and Christine McGovern in Walthamstow in 1995.

Camden Ripper Anthony Hardy was criminally active between the years of December 2000 to December 2002 – at least.

In those two years, no one in Camden was safe.

Although Anthony was found guilty of killing three women, police believe he could have been responsible for up to five more.

Police identified the victims as Bridgette MacClennan, 34, and Elizabeth Valad, 29.

With the use of CCTV, the investigation promptly led to Anthony Hardy.

Anthony went on the run.

However, an off-duty policeman spotted him when he went to University College Hospital to collect his prescription for insulin.

The officer found Hardy hiding behind bins during a search of the grounds of the hospital.

During the fight, Hardy knocked a police officer unconscious.

Another officer was stabbed through the hand and had his eye dislocated from its socket.

A subsequent search of his flat found evidence, including old blood stains, indicating the two women had been killed and dismembered there.

Tragically, both had died over the Christmas holidays.

What did police charge Anthony Hardy with?

During police questioning, Anthony Hardy simply replied “no comment” to every question put to him.

The police eventually charged him with the murders of both Bridgette MacClennan, Elizabeth Valad, and ultimately Sally White.

At his trial in November 2003, Anthony Hardy changed his plea to guilty on all three counts of murder.

A judge and jury sentenced him to life imprisonment.

An independent enquiry was launched into his care, as a result of Hardy’s history of psychiatric problems and violent behaviour.

In May 2010, a High Court judge said that Anthony Hardy should never be released from prison,.

The judge placed Anthony on the list of whole life tariff prisoners.

Mr Justice Keith, sitting in London, said: “This is one of those exceptionally rare cases in which life should mean life.”

Where is he now? How did he die?

At the time, Anthony was in HM Prison Frankland, County Durham.

A jail insider told The Sun: “He was in poor health.”

Where is his wife now? Has she commented?

The pair had four children together.

In 1981, the couple relocated to Australia after he was made redundant.

However, after the move, Anthony Hardy’s strange and violent behaviour raised concerns about his mental health.

Police arrested Anthony Hardy in 1982, for a serious attack against his wife.

He beat her over the head with a bottle of frozen water while she slept.

Anthony then dragged her to a bath and tried to drown her.

Anthony Hardy returned to the UK alone, leaving Judith in the family home – something he resented.

Mrs Hardy, now 73, said at the time: “I watched his descent into madness.

“I left him when the children were little; it was an easy decision to make.”

Killer at the Crime Scene on Channel 5

The Channel 5 documentary series explores how the police and specialist forensic teams caught Anthony Hardy, one of Britain’s most notorious serial killers.

Viewers will see how the police, with help from forensics teams, brought the serial killer known as the Camden Ripper to justice in 2003.

Upcoming episodes after that focus on the 2002 murder of a 87-year-old woman, and the death of a student.

Camper Ripper Anthony Hardy is the focus of Killer at the Crime Scene on Channel 5 at 10pm on Wednesday March 23 2022. The whole series is available to watch on My5.

Do you remember the crimes of Anthony Hardy being on the news? Tell us what you think on our Facebook page @EntertainmentDailyFix.