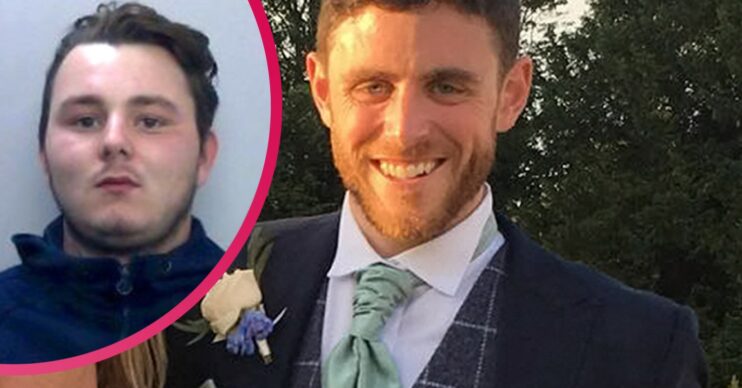 The Killing of PC Harper: Who killed him, where are they now, and why did they do it?

The police officer died in 2019, leaving his wife Lissie a widow

The brutal death of PC Andrew Harper in August 2019 left the nation horrified to its core – but who were his killers and where are they now?

Why did they commit such a heinous crime?

Here’s everything you need to know about the disgusting crime and the court case that followed.

Who was PC Andrew Harper?

Andrew Harper was born on March 22 1991 in Sulhamstead, Berkshire.

He grew up in Wallingford and attended The Henley College.

A budding police officer, he joined Thames Valley Police as a special constable in 2010 at the age of 19.

He later became a regular police constable in 2011.

He joined Thames Valley Police’s road policing unit approximately six weeks before his death, and was based at the force’s Abingdon station.

They pledged to spend the rest of their lives together, and had planned to go on honeymoon in mid-August.

What happened to him?

The police officer responded to a call to investigate an attempted robbery on August 15 2019.

Thief Jessie Cole escaped by unhooking the quad bike from their car which had been attached by a tow rope.

PC Harper ran in pursuit of the escaping thief as he tried to make his getaway.

The thieves dragged him for more than a mile along a country road by the car after he stepped into the tow rope and became entangled.

How did PC Harper die and how old was he?

A coroner gave the verdict that PC Harper’s death was homicide by dragging.

PC Andrew Harper died a hero in the line of duty.

PC Harper had been “caught between a vehicle and the road, and then dragged for a distance”.

A pathologist expressed their opinion that PC Harper had lost consciousness when he fell to the ground.

Investigations showed that Harper was dragged one mile (1.6 km) in 91 seconds, with the three teenagers averaging 42.5 miles per hour (68.4 km/h).

An eyewitness mistakenly thought he’d seen the carcass of a bloodied deer, as a result of PC Harper’s catastrophic injuries.

Who killed PC Harper and why?

On the night of Harper’s death, the three boys had stolen a quad bike from a property near Stanford Dingley, Berkshire.

The bike’s owner watched on as the theft unfolded.

Peter Wallis called the police, saying: “I have four masked men outside my house.

“They’ve got weapons and they are stealing my quad bike.

However, the 999 responder told Peter not to go outside and confront the boys.

They caught the drivers of a SEAT Toledo towing the stolen quad bike on Admoor Lane near Bradfield Southend.

Harper, the passenger of the BMW, ran to the suspects’ vehicle.

Tragically, he was caught in the strap used to tow the quad bike as the suspects drove south-east on Lambden’s Hill with Harper “lassoed” to the rear of the SEAT vehicle.

The three teenagers were attempting to get away from the scene of the crime.

How were PC Harper’s killers caught?

PC Shaw lost sight of the SEAT but found Harper’s stab vest in the road during his pursuit.

At 23:30, he received a radio transmission from another responding officer which warned of “a body in the road”.

Shaw replied that he believed the body was that of Harper.

With the help of a police helicopter and thermal imaging, police officers tracked down the teenagers’ car to a nearby travellers’ site.

Henry Long protested his innocence as the arrests were made.

He is recorded saying: “Does it look like I’ve done a murder?”

They later arrested a 20-year-old man from Pingewood on suspicion of murder.

Police arrested 10 males aged between 13 and 30 in the operation, according to reports.

What happened during the trial?

On September 18 2019, Henry Long, Albert Bowers and Jessie Cole were charged with murder.

A fourth male, a 21-year-old from Basingstoke, was charged with conspiracy to steal a quad bike and subsequently pleaded guilty to the charge.

On September 19 2019, the Crown Prosecution Service revealed they had discontinued the case against a fifth defendant.

The 20-year-old had previously been charged with the murder.

Mr. Justice Andrew Edis preceded over the trial, which began at the Old Bailey on March 10 2020.

Bowers and Cole – both minors at the time of the offence – pleaded guilty to conspiracy to steal a quad bike.

However, they denied manslaughter.

Long, who was driving the SEAT, had previously admitted manslaughter and conspiracy to steal a quad bike.

During the course of the trial, the jury had been given special protection measures.

In court, the jury was shown a computer visualisation of where Andrew Harper was dragged for over a mile.

The prosecution said he was “swung from side to side like a pendulum” in an effort to dislodge him.

Their case for murder was that the teenagers knew the officer was behind the car, and had intended to kill him.

But the jury wasn’t convinced and convicted on manslaughter instead.

What did the judge charge PC Harper’s killers with?

A judge convicted the three teenagers of the manslaughter of PC Andrew Harper on July 24 2020.

A judge cleared the three defendants of murder.

At the time, Andrew’s widow expressed her disappointment saying: “I am immensely disappointed with the verdict given today.

“This crime, whatever the outcome deliberated in court, was brutal and senseless.

“The way in which Andrew was robbed of his life we all know to be barbaric and inexplicable.”

Where are PC Harper’s killers now?

In July 2020, a judge found the three teenage males guilty of manslaughter.

They received sentences of 16 and 13 years imprisonment.

Both Bowers and Cole received sentences of 13 years in prison.

All three of them appealed against their sentencing.

PC Harper’s wife, Lissie, said: “This update comes as no surprise to me following news that two of them are also seeking leave to appeal against their conviction.

“None of Andrew’s killers have shown any remorse.

“So this is just carrying on the way that they are and have been throughout the past year.

“It is upsetting – but just helps to drive my determination with my campaign calling for Harper’s Law.”

When was PC Harper’s funeral?

Members of the public lined the streets to watch the funeral procession.

More than 800 people attended the service including Home Secretary Priti Patel and Oxford West and Abingdon MP Layla Moran – both of whom later paid respect to Harper in the House of Commons.

His widow Lissie told the congregation that although Andrew was strong, he was also unfailingly kind.

She described him as a gentle giant, with a heart of gold.

There wasn’t a day that passed, she said, where they didn’t tell each other they loved each other.

What is Harper’s Law?

In August 2020, PC Harper’s widow Lissie launched a campaign for a new law.

Speaking outside the court after the hearing, Lissie Harper said: “I stand before you with my heart as heavy as it was those many months ago when I stood feeling let down and angry outside of the Old Bailey.

“Yet today I feel pride in myself for not settling for something that I see as unacceptable.

“Proud to fight for my heroic husband Andrew as I also continue to push for the safety and justice of his fellow emergency services protectors in the future.”

On November 24 2021, the Ministry of Justice announced that they would introduce Harper’s Law in 2022.

The Killing of PC Harper: A Widow’s Fight for Justice on ITV

Trevor McDonald presents a documentary about the death of police officer Andrew Harper in the line of duty in August 2019.

He reexamines the investigation to catch his killers, and the campaign to change the law by his widow Lissie.

Lissie reads online reports about the lack of remorse shown by the three teenagers found guilty of manslaughter in July 2020.

She expresses her belief that the punishment didn’t fit the crime.

Lissie uses the anger she feels to fuel her campaign Harper’s Law to change the law.

The Killing of PC Harper: A Widow’s Fight for Justice airs on Tuesday March 15 2022 at 9pm on ITV1, and will be available on the ITV Hub.

Do you remember this story from the news? Leave us a comment on our Facebook page @EntertainmentDailyFix.