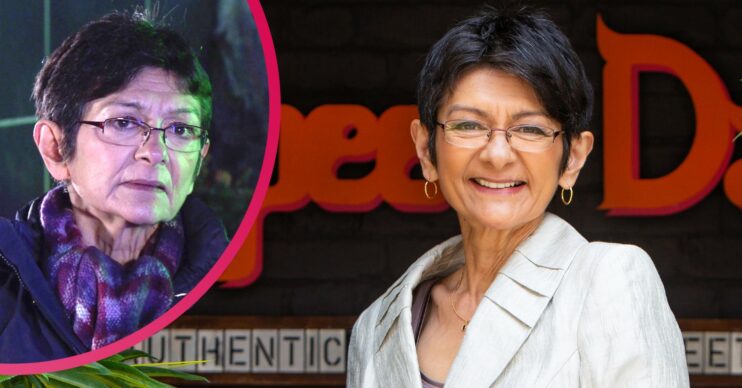 She's had endless bad luck since she moved to Weatherfield!

Yasmeen Metcalfe in Coronation Street is the grandmother of Alya Nazir and her brother Zeedan.

She’s been through a lot in her time in Weatherfield, from losing her son Kal in a fire, finding out her husband Sharif had been cheating with her best friend for years, and then her abusive marriage to Geoff Metcalfe.

Yasmeen is played by actress Shelley King. She made her television debut in the drama Angels in 1978.

After making her name on the show, she appeared in other TV programmes including The Demon Headmaster, The Jewel in the Crown, Tandoori Nights, and The Bill.

In April 2018, Shelley appeared on This Morning, where she talked about her struggles with her sexuality. She is in a civil partnership with fellow actress Trilby James.

Yasmeen Metcalfe in Coronation Street was still Yasmeen Nazir when she came to Weatherfield with Sharif, Kal and his children back in 2014.

But not long after the family had settled in, Kal was killed in a fire at the Victoria Court flat he shared with girlfriend Leanne Battersby.

Yasmeen was devastated and even more so a year later when she discovered her husband Sharif had been having an affair with her friend Sonia for seven years.

Discovering some inner strength, she threw Sharif out, but was left in financial trouble when she discovered she’d been fleeced by Corrie killer Pat Phelan.

When Yas met Geoff Metcalfe, they seemed perfect together. The jovial hospital DJ Geoff, and the more serious, caring Yasmeen complemented each other.

But Geoff was controlling. Gradually, he stepped up his abuse of poor Yasmeen, though she was smitten and the pair married.

He isolated her from her family and friends, and that was only the start. He told everyone she was drinking, forced her to keep the house spotlessly clean, and took over handling their money, making Yas account for every penny.

Relentlessly and ruthlessly, Geoff broke Yasmeen’s spirit and her confidence. He even locked her in a box, pretending it was part of practising into one of his magic tricks but really just being cruel.

And in shocking scenes, he killed Yasmeen’s chicken, Charlotte Bronte, and fed her to her unsuspecting owner!

Eventually Yasmeen was at breaking point. And when Geoff threatened her. with a knife, she fought back, lashing out with a broken bottle.

Of course Geoff milked it for all he was worth. He played the tragic victim and made out Yas was a violent alcoholic.

Yasmeen was charged with attempted murder and her life fell apart.

But fortunately, Geoff’s ex wife Elaine – Tim’s estranged mum – arrived in Weatherfield. She backed up Yasmeen’s claims of abuse and thanks to some CCTV footage of Geoff heading off to threaten his ex, Yasmeen was acquitted.

But Geoff wasn’t giving up. He wanted revenge on Yasmeen and in terrifying scenes, he set fire to the house with Yas inside.

She escaped on to the roof, with granddaughter Alya, but Geoff followed.

And when Yas stuck up for herself – finally – Geoff lost his grip and fell into the chicken coop and died.

He left Yasmeen with lots of debt which she could only pay off by selling her community centre.

Since then, Yasmeen’s managed to put her life back together, working in Speed Daal and delighted when Zeedan returned.

But with the fire at the restaurant – caused by Zee’s former father in law – bringing more money troubles, and guilt about Stu being injured weighing heavily on her. It might not be a merry Christmas for poor Yasmeen.