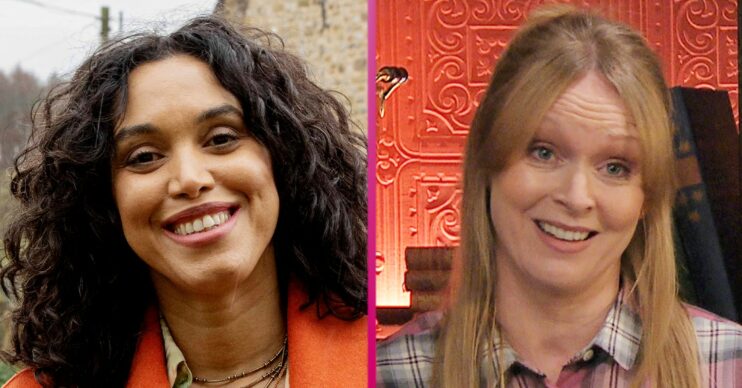 Who plays Suzy in Emmerdale? Where have you seen Martelle Edinborough before?

But who is she, who plays her and could there be a new romance on the cards for Suzy and Vanessa?

Who is Suzy Merton in Emmerdale?

Vanessa met Suzy last week after she accidentally bumped into her.

Suzy was carrying a cake and the knock caused it to fall the floor.

The two women argued over who’s to blame.

However tonight Suzy returned to the village and there appeared to be a spark between her and Vanessa.

Who plays Suzy in Emmerdale?

Where have you seen Martelle Edinborough before?

This isn’t the first time Martelle has appeared in Emmerdale.

She played Doctor Keely in Hollyoaks for three episodes in 2019.

In 2018 she played the Court Clerk who officiated the trial of Anna Windass after she was charged of wounding Seb Franklin with intent to cause grievous bodily harm.

The court clerk appeared in four episodes and in 2019, Martelle played Jasmine Ridgeway in the soap.

Alison was the family liaison officer assigned to deal with Abi Webster after her son Seb Franklin was murdered.

Is there romance ahead for Vanessa and Suzy?

It became clear there is a spark between the two in tonight’s episode.

Later this week Vanessa is thrilled when she manages to secure a date with Suzy.

Could there be a new romance in the village?

Read more: Emmerdale’s most complained about episodes – it’s quite the list