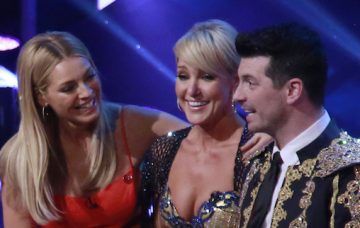 Coronation Street have confirmed that war veteran Cassidy Little will be joining the cast.

Cassidy, who lost his leg in Afghanistan, will become part of Jack Webster’s recovery storyline when he arrives in Weatherfield later this month.

The Canada-born former Marine, 36, will play a Paralympic champion who helps little Jack as he struggles in the aftermath of losing his own leg.

Cassidy lost his right leg below the knee during a tour of Afghanistan in the summer of 2011.

An improvised explosive device was triggered, resulting in three fatalities. Despite his own horrific injuries, Cassidy selflessly attempted to tend to his colleagues on the ground after the attack.

Cassidy later turned to acting and even took part in The People’s Strictly for Comic Relief in 2015, where he and his partner Natalie Lowe won the coveted trophy.

Now he’s set to appear on Corrie, with an insider telling The Mirror: “It’s a real honour to have Cassidy joining the cast.

“He’s an inspiration and has really helped everyone with the research for the forthcoming story involving Jack and his family.”

A Coronation Street spokesperson told ED! that Cassidy would be joining the cast for six episodes and will be called Greg.

He also revealed he’d been filming a movie in Bulgaria when he heard he’d got the part, and added: “What do you say when you’re going to be on something that monumental?”

In heartbreaking scenes shown earlier this year, Kevin’s son Jack had to have his foot amputated after contracting sepsis.

Are you looking forward to seeing Cassidy’s episodes? Leave us a comment on our Facebook page @EntertainmentDailyFix and let us know what you think!