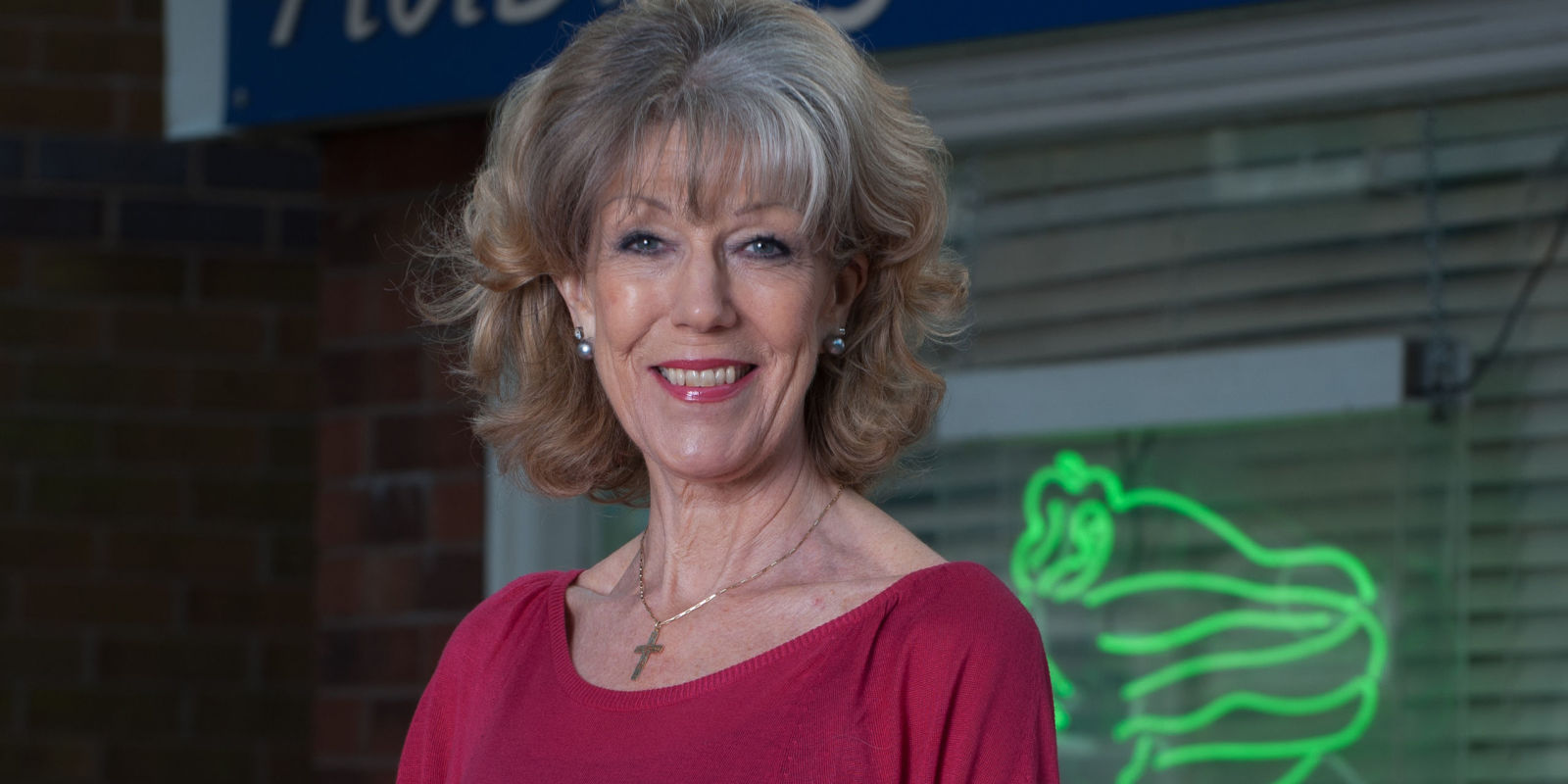 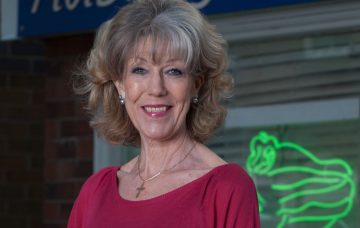 She helped him and posed for a pic

Sue Nicholls rescued a hapless shopper after he was left without £1 to put into his supermarket trolley.

The Coronation Street star – who has played Audrey Roberts since 1979 – went from Weatherfield wonder woman to real-life legend when she saved a stranger’s Sainsbury’s shopping experience at the weekend.

A soap fan named Tariq Malik shared his experience of meeting the actress on Twitter, when he arrived at Sainbury’s and realised he hadn’t brought a pound to unlock a trolley.

He apparently couldn’t quite believe his luck when he turned around to ask for help, and saw the actress.

After she gave him the coin, he tweeted: “The only time that I don’t have a £1 coin to use for the trolleys at Sainsbury’s and all people to ask is, flaming Audrey Roberts from Coronation Street.”

Taz also shared a selfie alongside 75-year-old Sue, who looked delighted to have helped a guy in need.

The tweet has been ‘liked’ nearly 30k times now, and fans flooded Taz with overjoyed comments.

One wrote: “Omg I love Audrey, Corrie is my fave 💕. Love this pic 😘.” Another added: “Imagine it! Do you have a spare pound for the trolley? Audrey: hmm?”

Read more: Good Morning Britain debates whether women over 50 are too old to love!

While Sue had an additional £1 to give the shopper, her alter-ego Audrey is in a state of financial distress over on the cobbles.

The hair salon owner recently had her £80,000 savings shockingly stolen.

When she later discovered her missing money, the obvious culprit appeared to be her dead boyfriend and serial conman Lewis, leaving her wondering if he was scamming her all along.

As Audrey’s world came crashing down around her, she broke down in tears on Maxine’s bench…

Would you give a stranger £1? Leave us a comment on our Facebook page @EntertainmentDailyFix and let us know what you think.