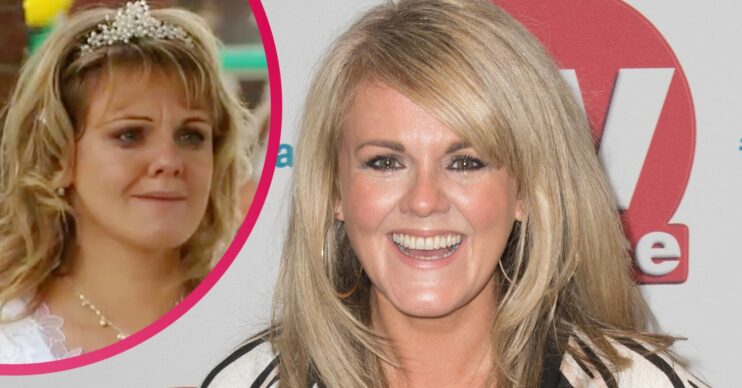 Sally hasn’t appeared in Weatherfield since 2006

Sally Lindsay has hit out at Coronation Street stars who only join the soap for ‘fame’.

The 48-year-old actress and presenter previously starred as Sally Unwin on the ITV soap from 2001 to 2006.

During a recent podcast appearance, Sally spoke out about some of the show’s stars.

Speaking about her early career, Sally shared: “I always say Coronation Street was my training.

“I was lucky enough to have the opportunity to work really hard.”

It’s the most precarious job ever

She added: “A lot of people, when they join Coronation Street, think it’s all about being famous and… going to awards and that’s it, you’re made.

“And you’re not. You’re really not. It’s the most precarious job ever.”

Sally went on to explain that she worked hard for her role as the Rovers Return landlady.

The star went on: “If a new producer comes in and they don’t like you, you’re out. Then all of a sudden you’re that bird that was on the telly ages ago.

“When I got the character I was only given seven episodes, but I worked so hard at those seven scripts because I wanted it.

“It’s about having that direction of taking every single opportunity that you’ve got.”

Would the star return to Corrie?

Sally hasn’t been seen in Weatherfield since 2006 when her character walked away from her abusive ex-Charlie Stubbs.

The fan favourite vowed never to let Charlie “control” her again whilst pregnant with his baby.

Since leaving the cobbles, Sally has enjoyed a successful career in television.

The star is also a mum to 10-year-old twin boys, Louie and Victor.

But would she ever return?

During an appearance on This Morning in 2019, Sally failed to rule out a return to the much-loved soap.

She said: “Oh gosh, I’d never say never. I loved it – it was brilliant, it still is brilliant.”