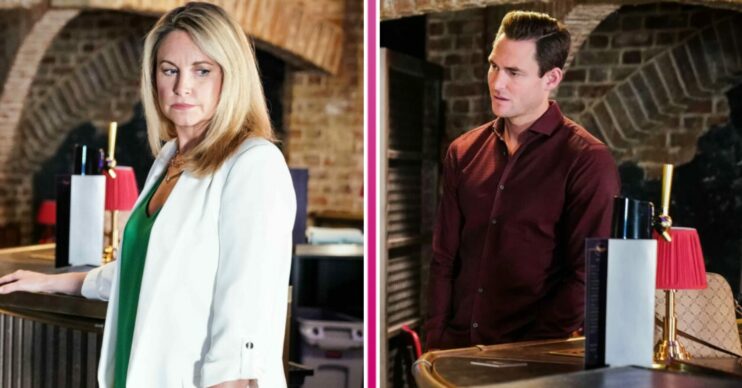 No EastEnders tonight in yet another schedule shake up

Don't worry, it's almost over

Bad news for EastEnders fans, there’s no episode tonight (Wednesday August 3) in another change to schedules.

But there’s good news too as two episodes will air tomorrow evening on BBC Two from 7pm.

And there’s lots to look forward to with Phil confronting Sam, revealing he knows about the drugs.

Why is EastEnders not on tonight?

EastEnders isn’t on due to the Commonwealth Games airing instead on BBC One and The Hundred cricket competition on BBC Two.

But tomorrow night is set to be explosive.

Sam’s in hot water but will Phil ever forgive her?

Elsewhere, the Taylors are preparing for Avery’s ‘Nine Night’ and send Felix and Finlay off to do the shopping.

But Felix unintentionally lands himself in trouble when he spots Kim and gives her a lipstick they were talking about before.

Panic sets in when he realises the money for the shopping was in the bag he gave Kim – and she threw the bag away!

The brothers desperately search the bins for the missing money, but it seems they’re too late.

Back at the Taylors’, as Mitch makes a toast to Avery, Felix and Finlay are forced to come clean.

Meanwhile, Suki is displeased when she gets a letter she doesn’t like.

Her mood worsens when she sees Nina and realises Kheerat is pushing her even further out of the family.

EastEnders returns to BBC One next week

In the second episode Sam is furious when she finds out Zack is the reason Phil knows about the drugs.

She tries to fire him but Kat gets in first.

A guilty Zack tries to make it up to Sam but something happens which leaves him shaken. What could it be?

Ravi arrives in the Square and immediately gets Stacey‘s back up as he tries to flirt with her.

Suki is ready to give her business pitch to Ranveer but tensions soon mount when he asks why Kheerat is pitching against her. Ravi finds out and annoys Kheerat by questioning his loyalty to his mum.

Elsewhere, the Taylors are recovering from the night before – well, the episode before – when they realise Mia is upset. She reveals she’s sad that the family can’t afford to go to a theme park for her birthday.

Felix and Finlay feel guilty for losing Karen’s money, but Finlay soon comes up with a plan. What is it?

EastEnders fans have faced weeks of frustration as the soap schedule has chopped and changed to make way for sports coverage.

They’ll be able to relax from next week following the Commonwealth Games closing ceremony on Monday (August 8).

EastEnders will return to its regular times on BBC One from Tuesday (August 9).