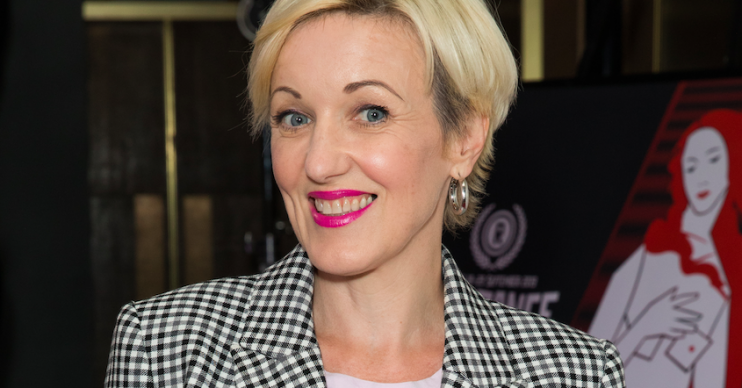 Kacey Ainsworth made her name playing domestic abuse survivor ‘Little’ Mo Slater in EastEnders, and her next character shows a similar steely resilience to what life has thrown at her.

Read more: EastEnders’ Dean Gaffney used to keep a chipolata in his pocket on set

In the episode, due to air on Tuesday (March 3), Kacey will portray a blind woman married to Barry, played by former Emmerdale star Ian Kelsey.

I’m often drawn to things that are a bit more of a challenge.

In Second Sight, Kacey plays a woman called Vicky who lost her sight 20 years ago.

The drama follows Vicky after she’s offered the chance to take part in a pioneering operation that could restore her vision.

The operation proves to be a success and Vicky is thrilled – until she discovers having her sight back brings new challenges and problems she could never have anticipated.

Speaking to What’s On TV, Kacey revealed she was drawn to the character because she was “non-sighted”.

She said: “It was a big part of the appeal. I love any kind of challenge. Normally a non-sighted role would be played by a non-sighted actor but, because Vicky gets her sight back, the producers decided to cast someone who could see.”

She continued: “I’m often drawn to things that are a bit more of a challenge like when I did Call The Midwife and had to play a woman who’d been lobotomised.”

Kacey, who died her hair blonde for her role in Sweeney Todd but wears a wig in Grantchester, also admitted she doesn’t really watch EastEnders anymore.

She told the website: “I’m so busy. Today I’ve been filming in Spain, I’ve come back home for my son’s concert and then I’m flying back out tomorrow morning.

“I’m literally all over the place so no I don’t keep up with [EastEnders] but I do keep up with the people and the friends I made working there – my EastEnders family the Slaters, Shane Richie, Emma Barton, Kellie Shirley and Tamzin Outhwaite. In fact I’ve just done a Radio 4 series with Tamzin.”

Do you miss the old Slater family in EastEnders? Leave us a comment on our Facebook page @EntertainmentDailyFix and let us know what you think!