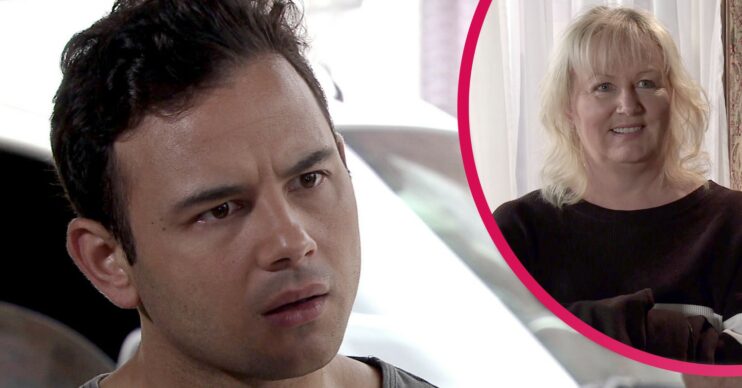 Jason Grimshaw in Coronation Street: Why did he leave and will he ever return?

Jason Grimshaw was in Coronation Street from 2000 until 2016.

She revealed that he had got involved in an online scam and lost a load of money.

It’s been five years since Jason was last seen on-screen, but will he ever return to the cobbles?

Who is Jason Grimshaw in Coronation Street?

Jason is the son of Eileen Grimshaw and Tony Stewart. Tony died in 2015.

He is also the older half-brother of Todd Grimshaw.

The character was played by actor Ryan Thomas.

Throughout his 16 years on the street, Jason had relationships and flings with some of the Weatherfield women including Candice Stowe, Violet Wilson, Eva Price, Becky McDonald and Alya Nazir.

However the only woman he married was Sarah Platt.

In 2006 Sarah and Jason planned to marry, but he ended up escaping through the Registry Office toilet window.

The following year they did get married, despite Sarah’s brother David attempting to ruin the wedding.

Jason, Sarah and her daughter Bethany went to leave for Milan in December 2007 after Sarah got a job with her uncle Stephen.

However Jason backed out when Sarah admitted she planted drugs in David’s drawer at the salon so that Stephen’s job offer wouldn’t go to him.

Sarah and Bethany left and later Jason and Sarah got divorced.

Where is Jason now?

However Tony wasn’t responsible for Callum’s death (Kylie Platt was), but he had died just two months after Callum did and wasn’t able to defend himself.

Jason’s van was torched in the builder’s yard and he believed it was Callum’s mates – but it was actually manipulative Pat Phelan.

Pat convinced Jason to leave Weatherfield and leave him in charge of the builder’s yard. Jason soon headed off for Thailand and hasn’t returned.

Will Jason ever return?

While Jason hasn’t returned, actor Ryan Thomas revealed earlier this year that he was shamed into giving up acting.

He added: “I feel the reason for losing the bug is rejection and going to auditions and not getting them.”

He said: “I went over to do Neighbours and I just saw on social media and there were just quite negative comments towards me and my acting.

Read more: Coronation Street: Who is Annie Walker? What happened to the Rovers’ first on-screen landlady?

“If I did, it was at the end but I was so established there that people saw me as fixtures and fittings, so I never really got that sort of negative criticism.

“It happens in all aspects but I just found it really really hard to deal with at first.”

Will Ryan return to acting?

He added: “I always think, ‘Oh it’ll [the desire to act] come back at some point and maybe it will and it’s still something I have in my locker if I want to explore it again.