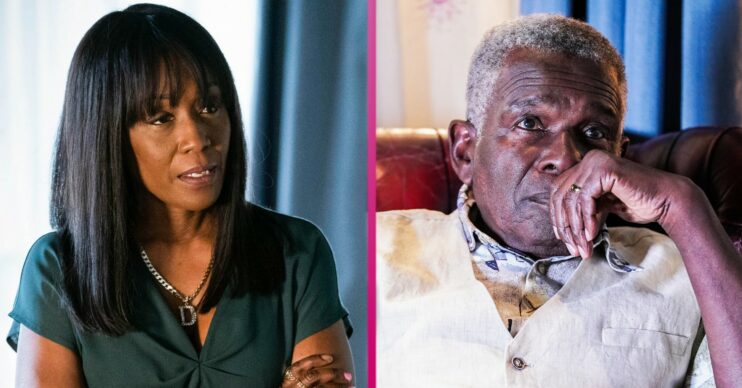 Is EastEnders on today, Friday, July 9? How to watch this week’s episodes now

There has been a change to the EastEnders schedule this week

EastEnders usually airs every week on Monday, Tuesday, Thursday and Friday, but is EastEnders on today?

Is EastEnders on today?

If you want to watch all of this week’s episodes of EastEnders, you can catch up with the episodes on BBC iPlayer whenever you want.

What’s happening in this week’s episodes?

This week in The Vic, Callum suggests to Ben that he should apologise to Phil, just as Phil storms in with Kat.

Richie is too busy to help with his case with Raymond. With some encouragement, Ben offers help with a solicitor but Phil leaves.

Gray lets him down so Phil has no choice but to ask Ben for help. He gives Phil all the info and they agree to meet the pub later for the football.

He then gets an unexpected call from Pam…

At Ruby’s Chelsea tells Gray that it’s hard at home with Isaac. She seductively mentions him having a nice big house.

Enjoying their drinks later, Gray gives her a house key.

He tells her that she is welcome to stay at his.

Meanwhile at the restaurant Bobby is flustered when Dana turns up.

Sonia and her dad arrive and realise that Bobby is trying to win Dana back. Rocky encourages him to go with it.

Mick prepares for the Euro party as Jack arrive with a lead on Nancy’s case, leaving Frankie nervous.

Will you be watching this week’s EastEnders? Head to our Facebook page @EntertainmentDailyFix and tell us what you think about the current storylines.