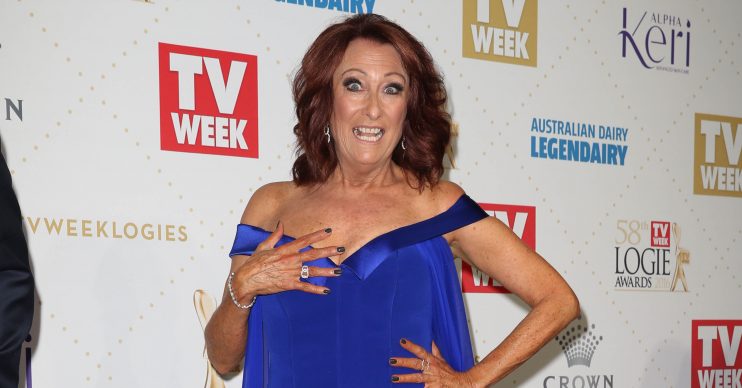 Home and Away’s Lynne McGranger reveals she gets X-rated messages!

She thinks they may have a mother complex

The actress said she gets the saucy messages sometimes from young men, who she believes have a “mother complex”.

Speaking to the Daily Star, she said: “With social media people can contact you directly and some of the messages do surprise me. Some of them are weird.

“I think they’re all young men who obviously have a mother complex.

“As long as you can recognise it for what it is, then it’s fine. It’s just a bit of fun. It’s nice my character invokes feelings in people.”

The star also revealed she gets a lot of people coming out to her.

“I also get a lot of gay men who come out to me. That happens in person and online. It’s lovely. They feel like they can trust me and know I’m not going to judge them.”

Lynne is the soap’s longest-serving female cast member, having joined as Irene in 1993 making her stint on the soap 26 years and counting.

Alcoholic Irene started out as a violent mother of three, but has since had a complete turnaround, becoming one of the Bay’s most-loved characters who fosters and cares for half the teens in town.

And in real life, Lynne’s not afraid to respond to people online either.

She recently hit out at rumours the soap was facing the axe after 31 years.

Posting a tweet to her social media account, Lynne said she’d “heard nothing” about this being true.

She also suggested it was made up by adding: “But then again I apparently was definitely leaving the Bay 18 months or so ago,” referring to false reports she had quit.

I’m seeing all this stuff but I honestly have heard nothing. It may be true…. but then again I apparently was definitely leaving the Bay 18 months or so ago. 🤷🏼‍♀️🤷🏼‍♀️🤷🏼‍♀️ https://t.co/9tkiUNUtx3

She went on to reply to a fan who commented that “Home and Away axed” was now the second most trending topic in Australia.

The actress wrote: “Give me strength.”

She also responded to another fan, telling them to “talk to the suits”.

And again to someone else saying she was getting annoyed now detailing the fact she’s still working and being paid as proof the show is not being axed.

She asked people to stop going on about it. 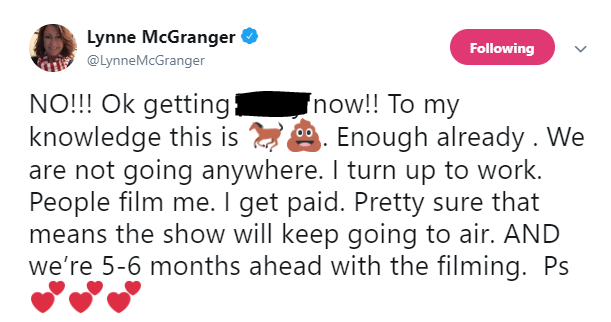 When the rumours started, fans immediately launched several campaigns – and even a petition to keep the show on air.

Channel 5: Save Home and Away – Sign the Petition! https://t.co/Au5ZhYeD4y via @UKChange

Others used the hashtag #savehomeandaway, while many others simply reached out asking the TV channels in both the UK and Australia, as well as some of the show’s stars, to do something about the potential loss of the soap.

There is worse rubbish on TV and they are thinking about taking something like this off air.
The past stars need to show their support for the show as it launched them.
So do we as well! Let’s make some noise so this doesnt happen.

Read more: Emmerdale star confirms they have quit the soap

ED! readers reacted to the news with equal upset, with one saying: “Watched this programme from the beginning I love it. I tape it all the time so I don’t miss it please don’t take it off.”

Another added: “Love Home and Away, I’ve watched it from the very beginning and still watching it today please save H&A.”

“No way I have watched Home and Away for as long as I can possibly remember. It is almost family the same as Neighbours so please do NOT axe our Home and Away,” stressed a third.