The episode will air on E4 on Thursday October 31, followed by Channel 4 on Friday November 1.

It will focus on the reveal of Mitchell Devereux's affair with Scott Drinkwell and the inevitable fallout that follows.

In the previous episode, Cleo finds her boyfriend in hospital weeping over an unconscious Scott, who was badly injured in the crane collapse in the village.

Cleo is devastated when she realises she has been cheated on, but is even more shocked when she hears Mitchell refer to Scott as 'her'. 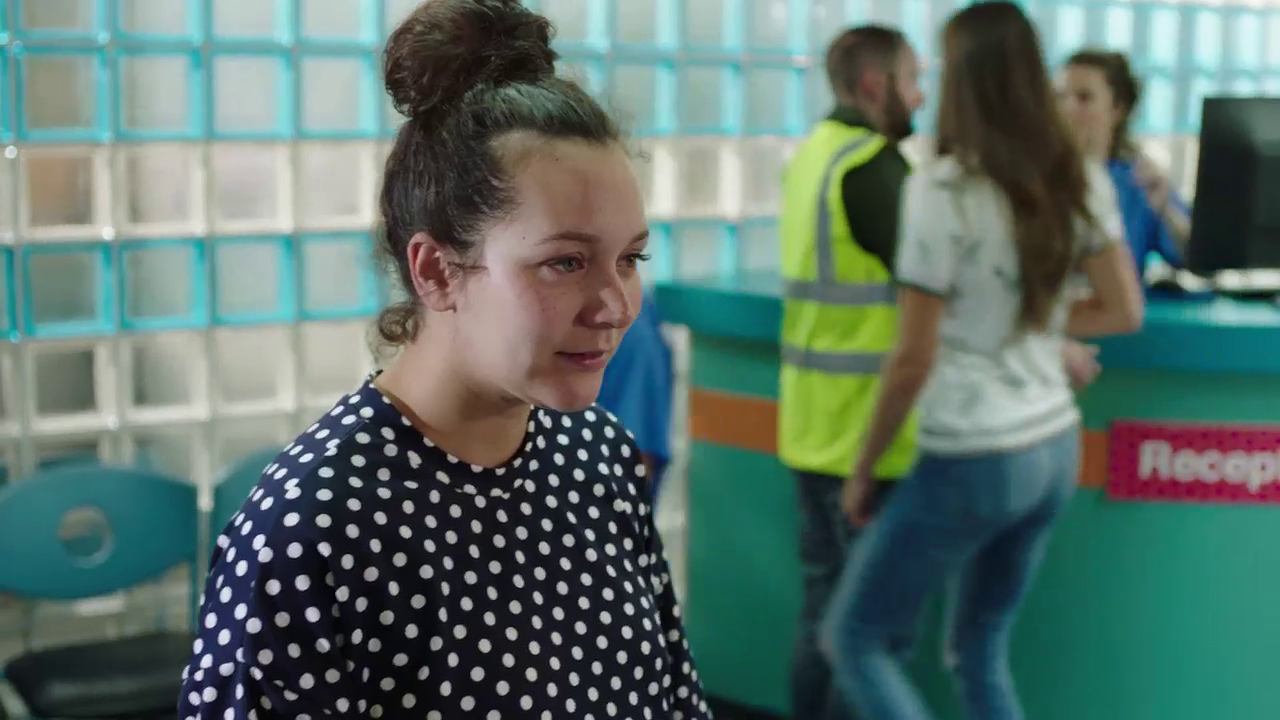 Cleo finds out about Mitchell and Scott's affair (Credit: Channel 4)

Viewers know Mitchell has been cheating on Cleo with Scott's drag act alter ego, Antia Tinkle, but he can't accept his true sexuality and thinks staying with Cleo is the proper thing.

As he tries to explain to Cleo he can't be gay because of his grandfather's religion and beliefs, the heartbroken nurse fires questions at him until she finally pieces everything together.

When Scott wakes up in hospital Mitchell's forced to choose between Scott and Cleo.

He realises he's in love with Scott and wants to be with him, but he pleads with Cleo not to tell anyone as he isn't comfortable about going public with his new love. 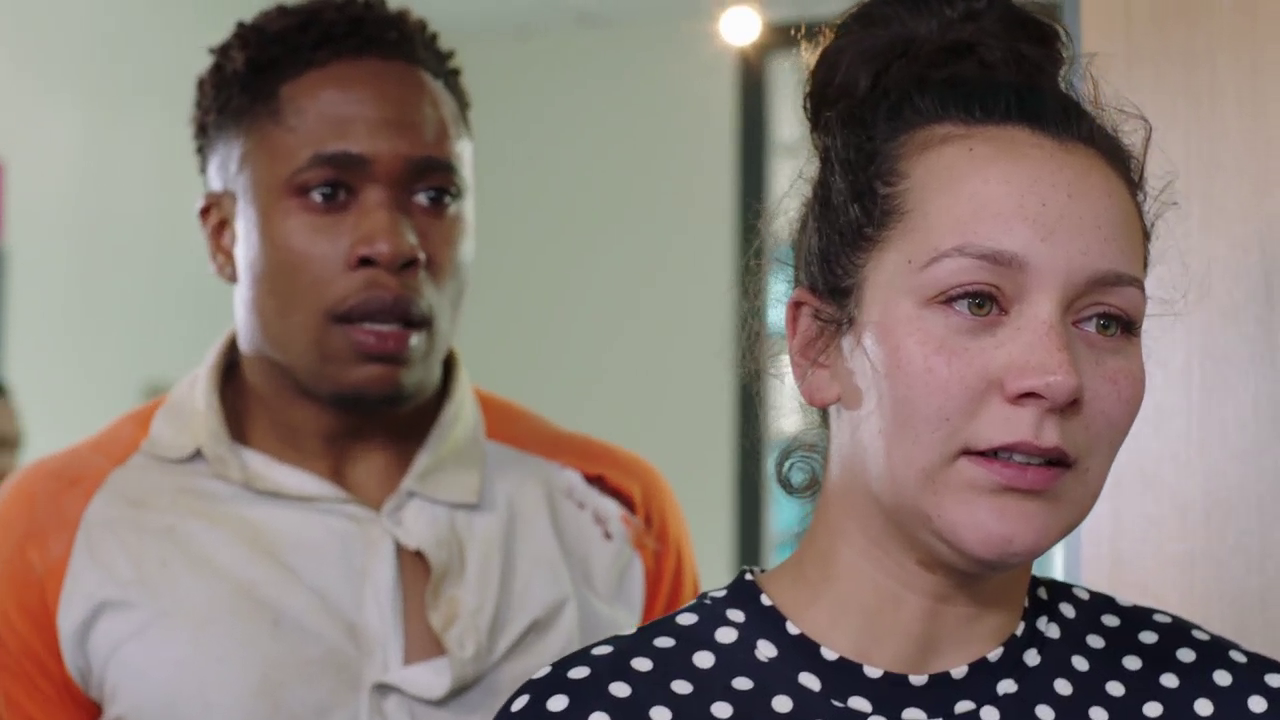 Mitchell pleads with Cleo not tot tell anyone (Credit: Channel 4)

Talking about the episode, which focuses on the three characters, Imran Adams, who plays Mitchell said: "It's not just about not being able to come out because of pride or ego or image, it's because of his culture, religion, family, upbringing, and also because of a sense that he owes his grandad so much based on how much he has provided for him."

Nadine Mulkerrin, who plays Cleo, said: "It's a coming out story about how hard it is to embrace who you truly are and not lie to yourself about who you are.

It's a coming out story about how hard it is to embrace who you truly are and not lie to yourself about who you are.

"Hollyoaks does that very well and obviously Imran is a brilliant actor and he's just done it fantastically." 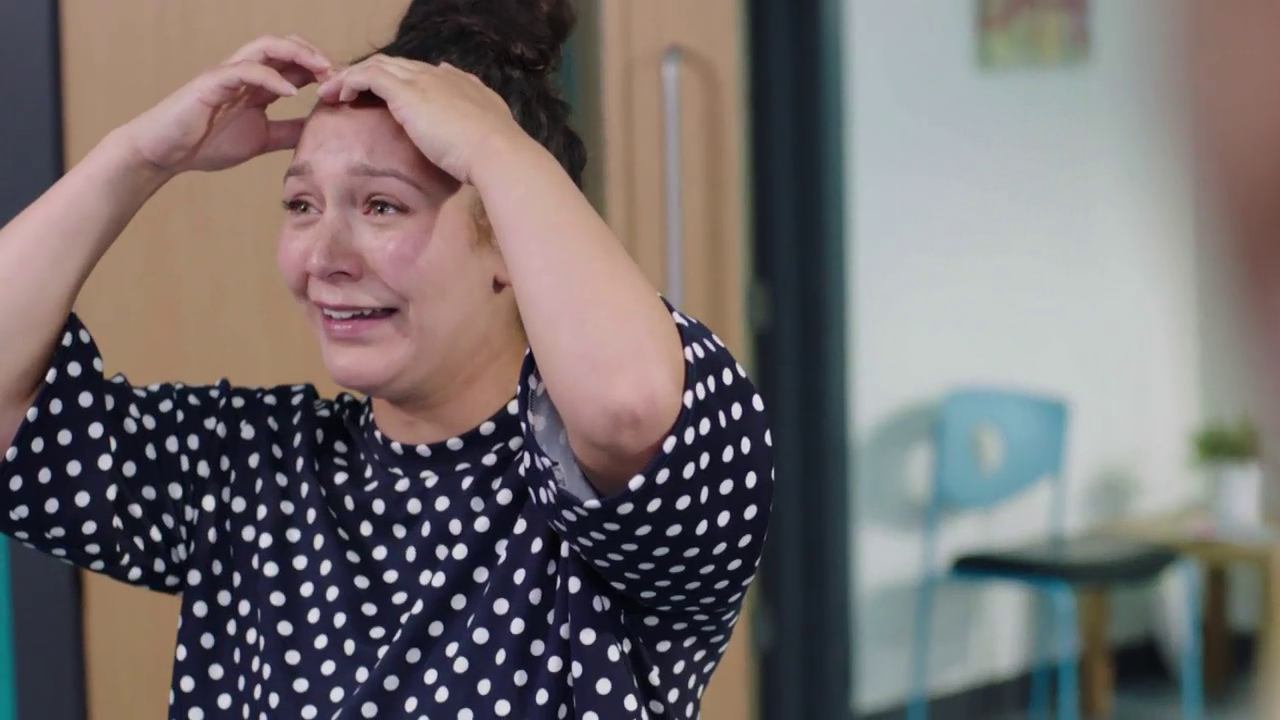 There will be a special three-hander episode for Cleo's exit (Credit: Channel 4)

Ross Adams, who plays Scott, said: "This is, I think, one of the most unique stories ever told in soap history and it feels right for the show to be telling it at a time when Hollyoaks is doing such important work with our 'Celebrate Difference' campaign."

During the episode Cleo reflects on past relationships with Harry and Joel and decides she deserves more. 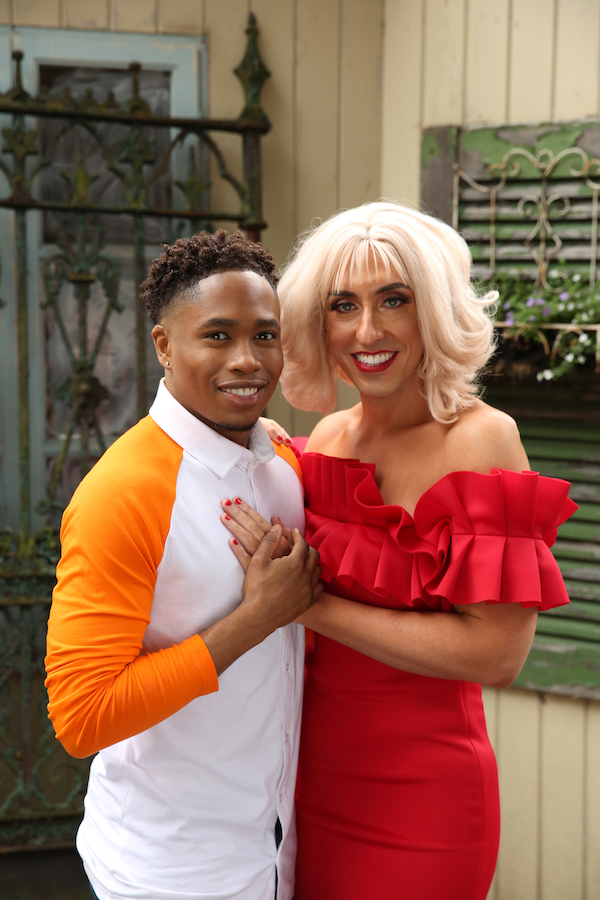 Mitchell has been cheating on Cleo with Scott (Credit: Channel 4)

Speaking about Cleo's reaction to the affair, Nadine said: "She obviously goes off the hook, she's like 'are you having a laugh?' This is not the first time this has happened to her.

"All she is thinking is: 'why does every man turn out to be gay?' She absolutely loses her cool but then by the end of it she's like, do you know what, I'm better than this and I deserve better than this."