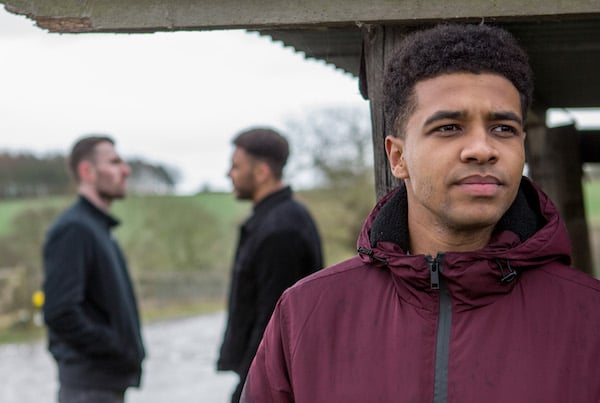 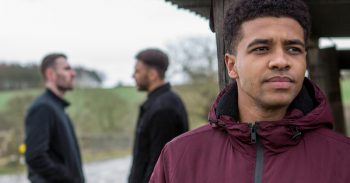 The actor played Magorian, leader of the centaurs, in the magical films but will now swap the fantastical for soap realism as Ellis Chapman’s dad Al.

And he revealed how his mum is more excited than he is about him joining the ITV soap’s cast.

He told The Sun Online: “I don’t know who’s more excited about me joining Emmerdale, myself or my Mum!

“I know it’s her, and was my late grandmother’s, favourite soap.

“I mean I’ve rubbed some serious shoulders in the business over the last 25 years, but the jump for joy from her was unmatched!”

But now they will reunite to play the warring father and son duo, and it won’t be all plain sailing.

Instead Al’s arrival in the village is going to ruffle some feathers and disrupt his son and ex Jessie’s lives.

The actor added to the Mirror: “Al’s come into Emmerdale ruffling a few feathers. He’s has been abroad on business. It’s not clear what his intentions are.

“Al is trying to build the bridge with his son Ellis but thinks he can just come back in to his life and pick up where he left off.

“He doesn’t have to do much to make Jessie’s husband Marlon feel insecure. He’s going to be an interesting character.”

The actor also revealed he will be on the soap for the ‘foreseeable future’ but added: “It depends how well he’s liked or hated.”

But what secrets could Al be hiding and why has he appeared now in the village and not when his son was shot?

Are you excited to see Michael take on the role of Al in Emmerdale? Leave us a comment on our Facebook page @EntertainmentDailyFix and let us know what you think!