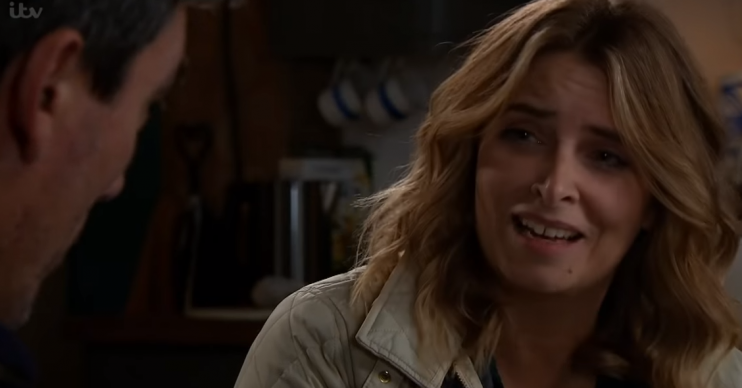 They don't know what to make of it

Emmerdale fans have been left divided after Charity Dingle debuted a radical new look – midway through the episode.

In last night’s edition of the village set soap, Charity began looking like her normal self with her long wavy hair behind her.

But within minutes she had popped to the hairdressers and gone for a choppy bob – and fans loved it.

A second said: “OMG Charity has cut her hair. It brings back memories of how it used to be. #Emmerdale”

Another said: “Charity’s new hair is everything. 🔥 #Emmerdale”

However some other viewers were in mourning for Charity’s long luscious locks.

Other fans couldn’t help but laugh at Charity going to get her hair done despite being worried about girlfriend Vanessa doing a disappearing act.

One said: “And in the mist of being annoyed that Vanessa hasn’t been in contact, Charity has had a hair cut 🤔 #Emmerdale”

Charity is currently convinced Vanessa is ignoring her and went on their holiday to France without her after they had a row.

Viewers know that killer Pierce Harris has Vanessa and her young son Johnny kidnapped in a cottage in the village after they found him stalking Rhona.

He murdered his ex-wife’s new partner Graham last month and has been wandering the village stalking her without anyone noticing him.

But that has to soon come to an end with Marlon Dingle facing life in prison for his crime and Rhona realising more and more that someone is stalking her.

What do you think of Charity’s new hair? Leave us a comment on our Facebook page @EntertainmentDailyFix and let us know what you think!