There's terror in Emmerdale next week when Vanessa Woodfield fears for her life as Pierce Harris continues to hold her hostage.

Emmerdale fans know that Pierce is the one who killed Graham in cold blood, and despite the fact he has been lurking in and around Rhona Goskirk's house for the last few weeks, everyone is oblivious to the fact he is back and causing trouble.

But with Vanessa now being held hostage by Rhona's dangerous ex, she is terrified that she's about to become unhinged Pierce's next victim.

However, it's not just her own safety that she is thinking about, Vanessa is also terrified about what has happened to her son, Johnny, after Pierce kidnapped him... and as he refuses to give her any information on her boy she is starting to fear the worst.

As Vanessa struggles to free herself next week, she is shocked when Pierce switches on a baby monitor that appears to reveal the sound of Johnny laughing. 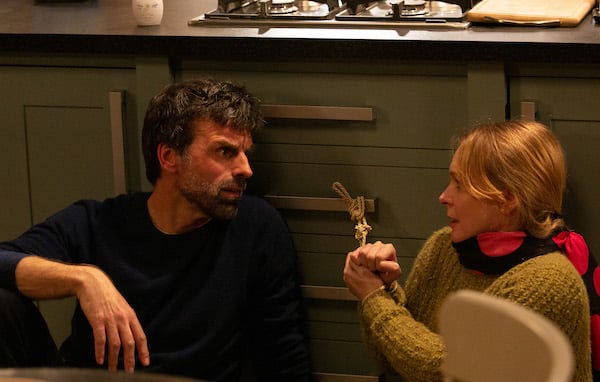 Pierce holds Vanessa hostage and refuses to give her any information on Johnny (Credit: ITV)

But with Pierce refusing to tell her where Johnny is, Vanessa is left worried when he tells her if she steps out of line then he will switch the monitor off for good.

However, while Vanessa worries about Johnny's whereabouts, she is stunned when Pierce seems overly confident that the is going to be able to convince Rhona that he is a changed man and win her back.

Vanessa is baffled by his confidence, but before Pierce can divulge any information about how he is going to win Rhona's heart back, he is distracted by a voicemail. 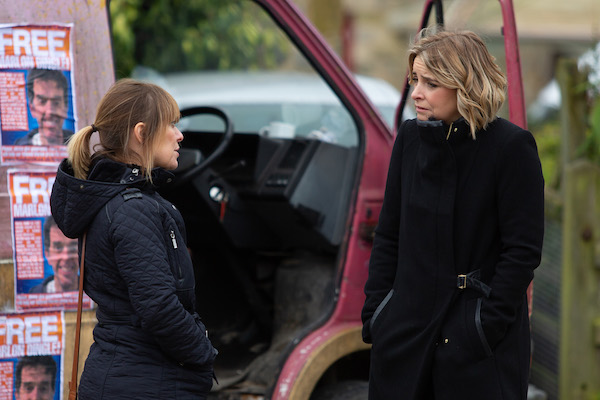 While Vanessa fears for her life, Charity is sure things are over between them both because of the lack of contact from her fianceé, but little does she know the reason for the radio silence is because Vanessa is being held against her will.

Rhona urges Charity not to give up on Vanessa and the pair have a heart-to-heart, but will they work out that Pierce is back before he can do anything to Vanessa?

As a taunting Pierce continues to upset Vanessa with his lack of information on Johnny, the vet starts to become convinced that he is going to bump her off once his use for her is over, but is she right? 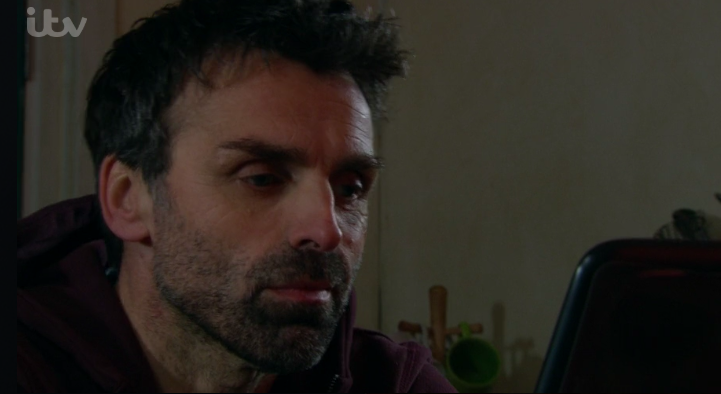 Is Vanessa about to become Pierce's next victim? (Credit: ITV)

By the end of next week a terrified Rhona becomes convinced that Pierce is out of prison and has tried to contact her... will the penny finally drop leading her to Vanessa?

Or will she get to her best friend too late?

Do you think Pierce will kill Vanessa? Leave us a comment on our Facebook page @EntertainmentDailyFix and let us know what you think!