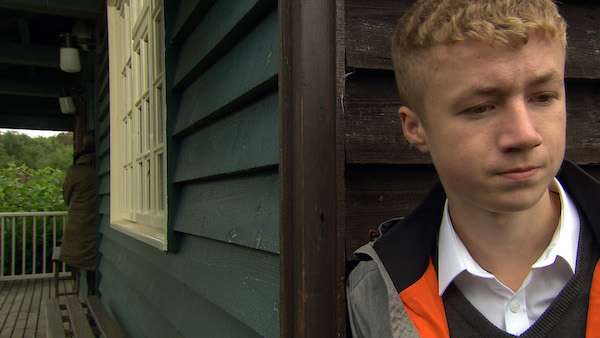 Noah's niece Sarah has been hiding drugs for her boyfriend Danny

It looks like the Dingle family could be facing more tragedy as Noah collapses after taking drugs in upcoming Emmerdale scenes.

After Charity’s girlfriend Vanessa found out about her involvement in a casino heist, she ended their relationship.

Although the pair have since got back on track, Charity has been struggling with her granddaughter Sarah’s rebellious streak, but she has yet to realise the trouble Sarah is getting herself into…

Sarah has been meeting love interest Danny, but Charity has no idea that Danny is into drugs.

Noah is trying to look after Sarah and it’s all going horribly wrong.

After Danny encouraged Sarah to take drugs at a party, he later asked her to keep hold of his supply for him.

However it looks like there will be tragedy when Noah collapses as a result of taking drugs in the coming months.

But where did he get them from, and will he survive?

After Noah’s collapse, Graham will somehow become implicated and Charity will blame him.

Executive Producer of the soap, Jane Hudson told ED! along with other press: “Noah is trying to look after Sarah and it’s all going horribly wrong.

“In this story you can see Charity being a mum and a parent with Vanessa.

Will Noah make it?