Victoria Sugden in Emmerdale is pregnant with her rapist's baby, it has been confirmed.

Victoria was brutally raped by a man she met in a club during the Big Night Out storyline, after he walked her home and invited himself into her house. 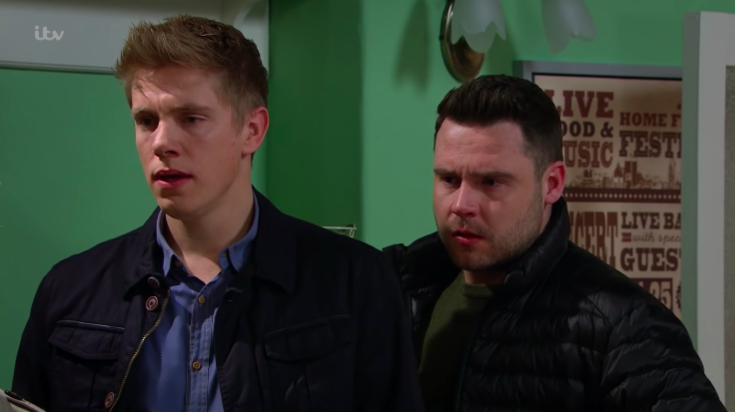 The scenes were harrowing for viewers to watch as she was violently assaulted in her own home, but worse was to come as rapist Lee failed to use any protection.

And now it has been confirmed that Victoria is pregnant after the awful attack.

"He let himself in and forced himself on me," she told her family after making the heart-wrenching discovery.

"He raped me and now I'm pregnant," she added, confirming the spoiler reports that claimed she would be expecting after her ordeal.

The Sun had claimed that not only would Victoria discover that she was pregnant, but she would also keep the baby and let her brother Robert Sugden and his husband Aaron have custody.

ITV has always tackled hard-hitting and true-to-life storylines head on. 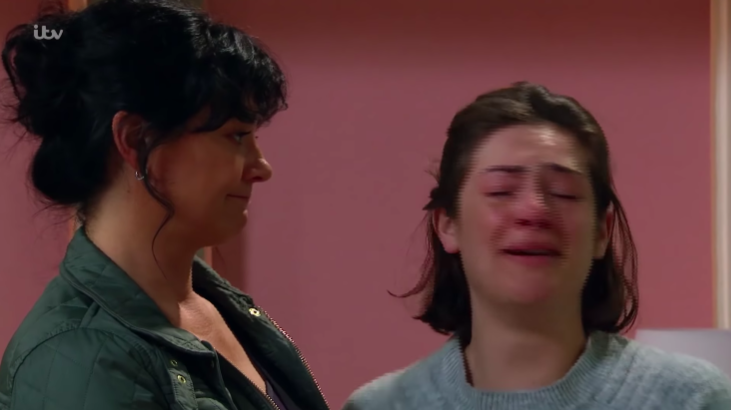 Victoria has been left devastated by the discovery (Credit: ITV)

The source said: "It's a bittersweet act that will hopefully bring some happiness to viewers who have the seen couple chase their parenthood dreams."

After Wednesday's episode, which featured the vicious attack on Victoria in flashback, Ofcom received over 30 complaints about the scenes being aired before the watershed.

A spokesperson from the soap assured Entertainment Daily: "This episode was fully complied in line with the broadcasting code and was clearly signposted pre-transmission.

"Victoria's story may at times be uncomfortable to watch, but ITV has always tackled hard-hitting and true-to-life storylines head on.

"In doing so, we hope it allows people who may be similarly affected to come forward and speak out."

If you have been affected by issues raised in the episode, you can go to ITV.com for support information or visit Rape Crisis for more information.