Social media can be a nasty place and the latest to fall victim to a cruel comment is Emmerdale star Charley Webb.

But fortunately the actress has a loyal bunch of fans who have leapt to her defence - good for them.

Charley, who is currently on maternity leave after giving birth to her third child with co-star husband Matthew Wolfenden, posted a seeminly innocent picture of herself with her eldest son, Buster.

Peace and BBQ’s with the family✌🏽

She and the lad were off to a family get together and both making peace signs in the picture, which Charley captioned: "Peace and BBQ's with the family."

But one of the comments was anything but peaceful as they wrote: "Omg you need to sort them eyebrows out. Shocking."

However, it was the comment itself that clearly 'shocked' as other users immediately called the troll out.

Women running down other women, what a joke, if you can say anything nice, shut your mouth!

Another added: "Maybe she prefers to look after her family, including her newborn than worry about her brows, looks aren't everything!"

"She was taking a selfie with her child, it doesn't mean it has to be all picture perfect," said a third.

A fourth agreed: "How rude! She is a busy mum of three children, I admire her, and she won't give a [bleep] about what you think!"

"Women running down other women, what a joke, if you can say anything nice, shut your mouth!

"I think mums should take as many pictures as possible with their children.

"Not to be run down by others, also why should we wax, shave and pluck ourselves within a inch of our lives if we don't want to. Get a life you negative person," added one more. 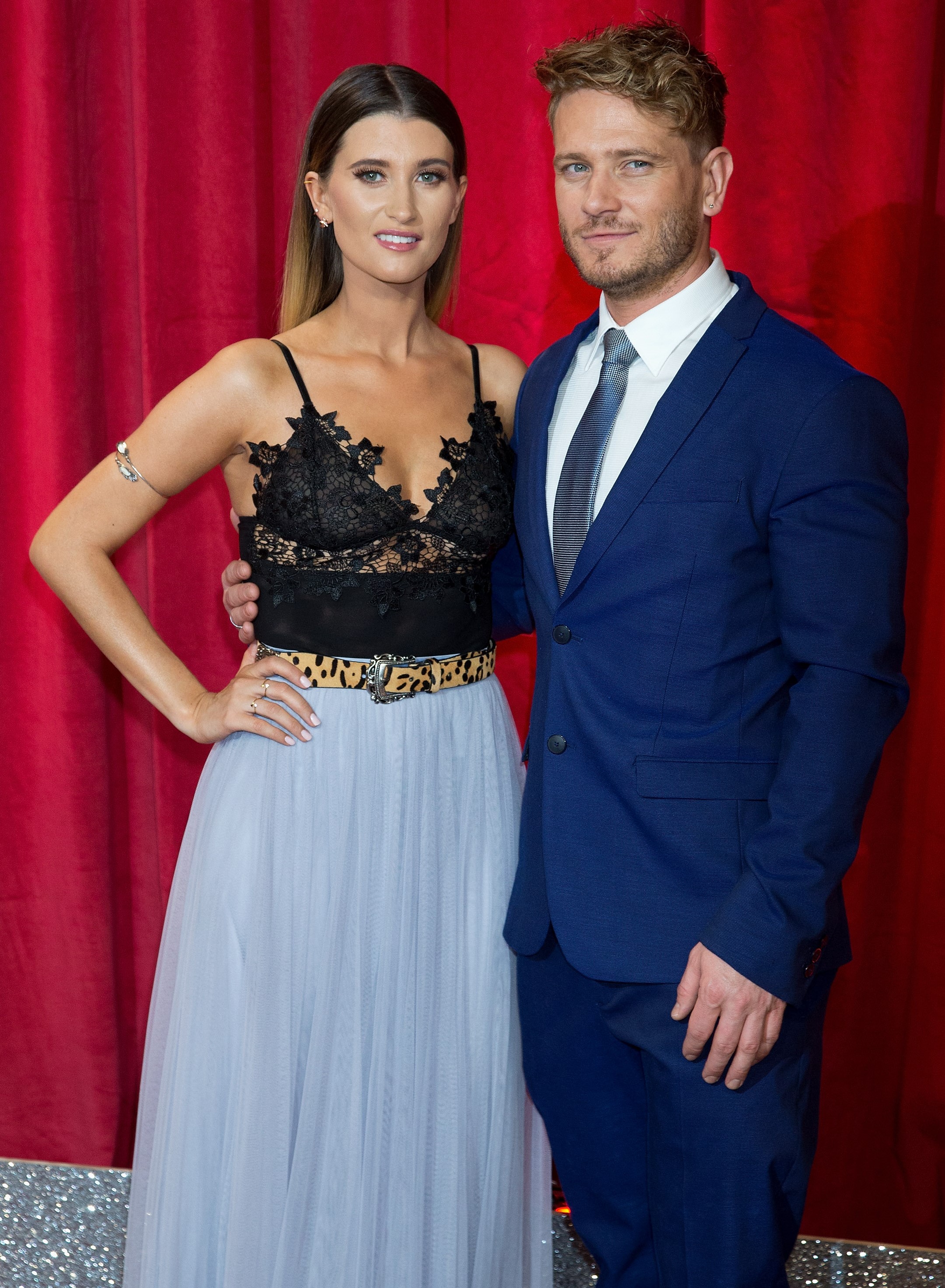 Charley and Matthew have three sons together (Credit: SplashNews.com)

The troll attempted to defend themselves: "Yeah but she's had them brows now a long time.

"I remember from watching Emmerdale, her brows would drive me mad. I'd just love to shape them up for her! I swear, but it only cost £8 for a wax or thread."

But fans weren't having the explanation and continued to hit back.

"And she said 'peace'?! I'm loving her eyebrows. Perhaps a beautiful selfie of mother and son doesn't need your comment..." said one.

Another added: "OMG you need to sort your attitude out! Shocking, disrespectful and down right rude."

Although Charley hasn't responded to the troll directly, she was recently forced to defend another of her life decisions on social media - letting her sons have long hair.

Her recent Instagram snaps have attracted the attention of critics who think she should cut the boys' locks.

Underneath a picture of Buster, nine, wearing a T-shirt saying: "Long hair don't care #Boy," Charley defended her choice to let the boys keep their hair as they want it.

"I get asked so many times on here why my kids have long hair," she said, adding people say they look like girls.

"The answer is really simple," she continued, "because we like it and, more importantly, they like it."

She went on to say she "absolutely" doesn't feel the need to explain herself, but that "life would be so much easier if we all focused on our own lives."

Charley and Matthew have three sons together - Buster, three-year-old Bowie, and Ace.

The couple recently revealed in an interview with OK! magazine all about Ace's traumatic birth.

"The umbilical cord was wrapped around Ace's neck when he was born," Charley explained.

"It came off and he was passed to me but I could tell something was wrong.

"Ace wasn't breathing at first – so the midwife had to press the panic button."

Matthew added: "By the time someone had come through the door from the panic button being pressed, Ace was breathing again, so it couldn't have been long. Although it felt like a lifetime."