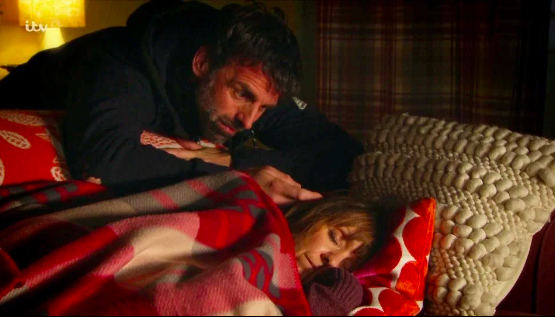 Six episodes a week is too much for fans

Soap viewers have demanded the number of Emmerdale episodes are reduced to avoid “sensationalist plots”.

Annoyed fans want to see the number of episodes the soap puts out each week cut from six to just three.

Some weeks the soap even airs seven episodes a week – a far cry from the original two half-hour episodes the soap started with 43 years ago.

Some of the most outlandish plots have seen Pierce Harris overtly stalk Rhona with no-one noticing, Amy and Kerry get away with killing Frank Clayton and Kim Tate ordering the murder of her step-grandson Joe.

Fans have spoken out to demand fewer huge sensationalist plots and fewer episodes to increase the quality.

One wrote on Digital Spy Forums: “There are too many episodes. It should go back to 3 or maybe 4 a week.

“The characters should not have personality changes to suit each story. There is too much crime as well. Crime that is usually got away with.”

“Put it back to twice weekly & quality will improve again,” said another.

A third said: “I suggest you watch a few episodes of Classic Emmerdale on ITV3 & then watch a few on ITV. It was on twice weekly back then & the quality of the whole show was very good compared to now.

“The ratings were much higher as a result. So revert back two episodes per week. Simple really.”

Another said: “I honestly think it won best serial drama at the NTA’s purely based on the fact that it has more drama than the other soaps & is more over the top.

“More drama doesn’t mean it’s better. The acting feels like they’re reading lines from a play, it’s so wooden. And the plots are so frequently ridiculous that by the time a ‘big week’ comes around I’m completely desensitised to it.”

A sixth said: “I’m 8 episodes behind & really have no desire to watch it as it’s such a convoluted chore. I’m actually considering dropping it completely because it’s barely even watchable to me.

Do you think Emmerdale should have fewer episodes? Leave us a comment on our Facebook page @EntertainmentDailyFix and let us know what you think!