Michael Praed has thanked the Emmerdale fans for their support after his character was killed off.

Frank Clayton "sadly" met his maker on last night's (August 1) dramatic double bill when his alter ego was blown into a van following a huge explosion at the Sharmas' factory after the building caught fire. 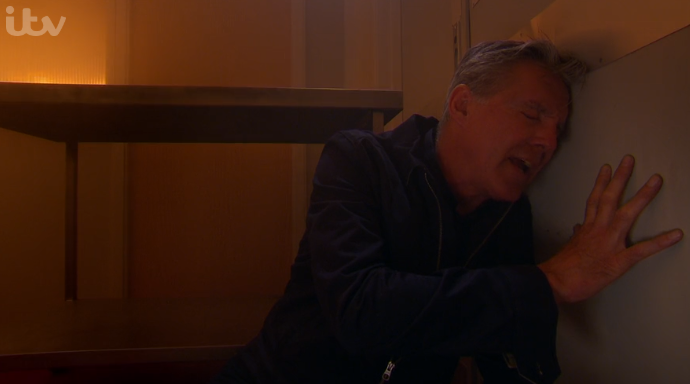 Frank tried to get Tracy out (Credit: ITV)

He said: "Sadly, it's the demise of young Frank. I would just like to thank all you guys for your support, and I hope you continue to love the show as much as I do and all the people in it."

Frank died a hero minutes after rescuing his daughter Tracy Metcalfe (Amy Walsh) from the inferno, and the actress could feel the real-life impact of the explosion despite standing "miles away". 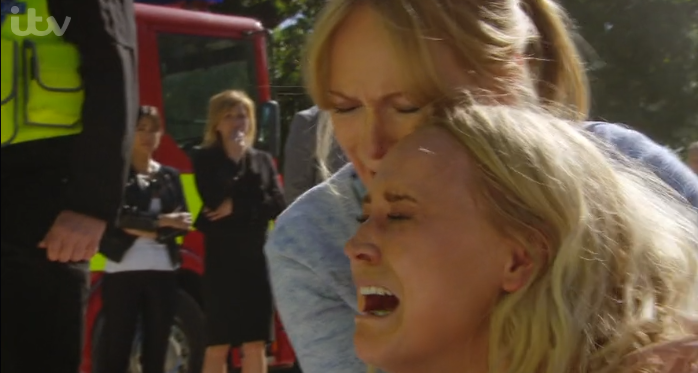 Vanessa and Tracy have lost their dad (Credit: ITV)

She said: "The stunt man was amazing. We had to stand miles away and we felt the impact of the bang and the heat of the fire.

I would just like to thank all you guys for your support.

"The fallout is going to be massive."

Laura Norton's alter ego Kerry Wyatt was partly to blame for the fire. She and daughter Amy Wyatt (Natalie Ann Jamieson) were up to no good in the factory when Amy smashed a CCTV camera which dropped to the ground and sparked a blaze. 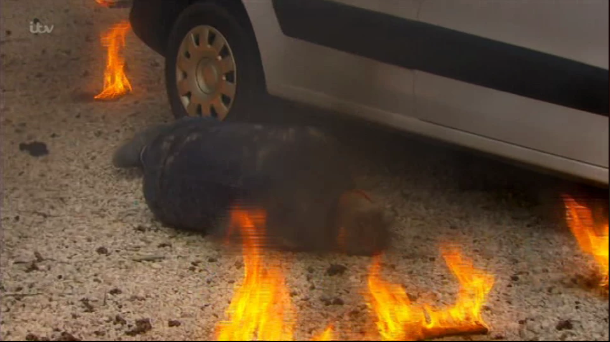 And Laura has warned there will be huge repercussions in the village.

She said: "It's really exciting to do some stunts when you know there are going to be really big consequences, so this is only the beginning."

Speaking in a behind the scenes video on the Emmerdale Twitter account, Chris Bisson - whose character Jai Sharma owns the factory with his dad Rishi Sharma (Bhasker Patel) - added: "There will be very, very, big consequences."

Read more: OPINION: 7 characters who deserved to die more than Frank in Emmerdale