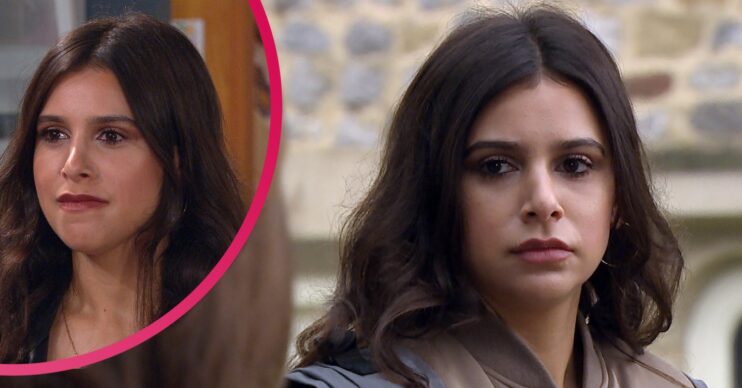 Emmerdale spoilers for tonight reveals that Russ continues to tell Victoria about his money struggles.

Recently Wendy’s ex-husband Russ arrived in the village after finding out his mum left most of her money to his grandson Harry.

He began blackmailing Wendy in to trying to get the money off Harry’s mum Victoria.

Tonight Wendy is guilty as an oblivious Victoria and Bob try to make the best of Russ’s presence in the village.

At the playground, Russ continues to play the doting granddad while he lays it on thick to Victoria about his money troubles.

Will Wendy be able to solve the situation?

Meena has a plan for Victoria

Meanwhile David and Victoria are just getting over their awkwardness when Meena appears.

She invites Victoria to hang out with her and starts to talk her into having a girls’ day out.

Tonight Liv feels suffocated by Aaron and Vinny’s constant references to her sobriety.

Struggling with it all, Liv breaks down in front of a concerned Laurel, who does her best to advise her.

However it all becomes too much when Liv crosses paths with Hannah and George, the two she served in the Hide the previous day.

Liv soon cracks and begins to swig a can of lager.

Nate is pleased when Belle has a lead on some new business while he is preparing for Tracy’s homecoming.