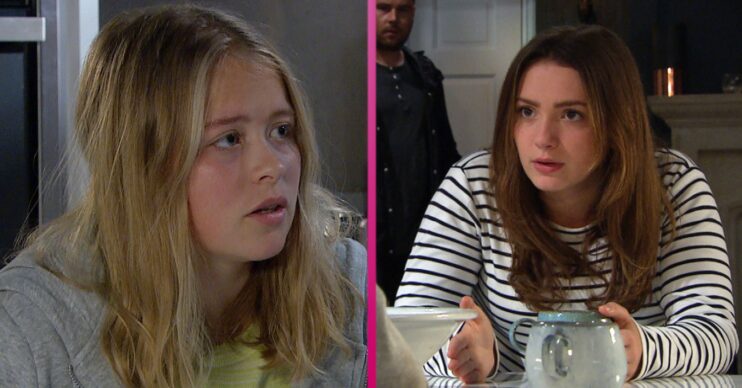 Liv wakes up after her night out

Emmerdale spoilers for tonight reveal Liv wakes up after her night out and fears she’s been attacked.

Liv wakes up with a start, full of confusion and regret. She has bruises on her arm and no idea what happened the night before.

When Aaron returns home, he explains he found her in the doorway last night.

She struggles with disorientating flashbacks.

Later she’s shocked and sickened as she finally figures out it was Noah she was struggling with last night.

Gabby is left reeling after Liv mentions Noah, uneasy of her own run-ins with him.

Gabby tells Liv that they might be dealing with the aftermath of rape. However Aaron walks in on their conversation, he’s heard everything and storms to confront Noah.

Back home, Aaron urges Liv to report what happened to the police, but Liv feels burdened by the decision she faces.

Will she report Noah?

When Tracy returns home, she’s taken aback by Nate’s surprise for her. Nate proposes but Tracy is left shocked.

Soon Tracy’s stresses continue to bubble to the surface.

Charity gets some bad news

Meanwhile Charity overhears Vanessa’s got a new girlfriend and is devastated.

Meena promises David she’ll take excellent care of Victoria on their day out.

There’s a hint of foreboding as she says this.

Will Victoria be able to get out of this day or will Meena be hard to shake off?