Dawn is in serious danger

Emmerdale spoilers reveal Dawn is in deep danger with Malone.

Meanwhile Gabby finds an unlikely ally and Belle struggles to keep the truth about Moira’s hit and run from Nate.

Here’s all you need to know about next week’s Emmerdale. 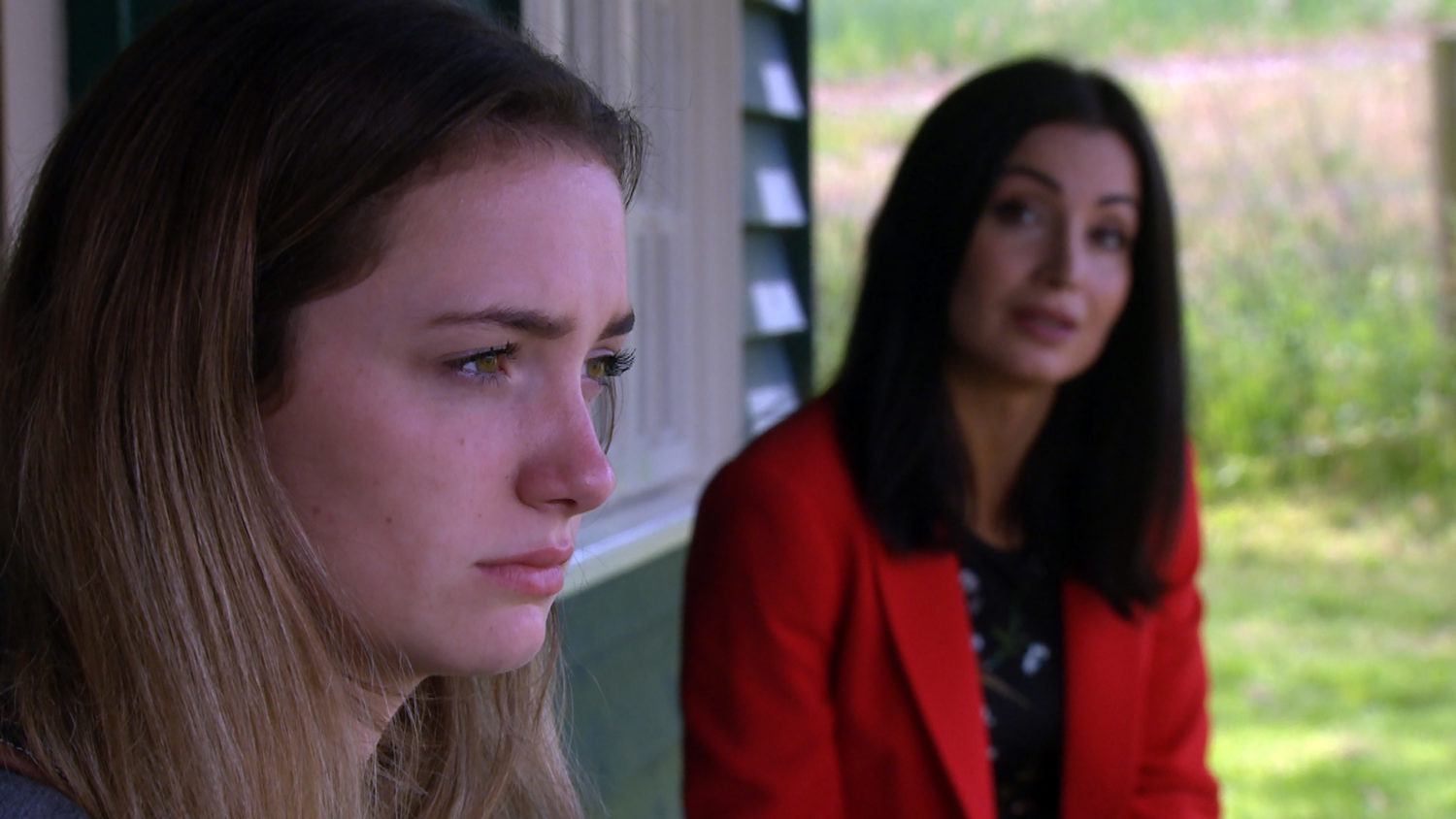 Gabby is anguished as she opens up to Leyla about how lonely she feels.

She can’t move to Australia as Bernice doesn’t want her there.

Gabby is shocked, but touched, when Leyla offers her an apprenticeship at Take A Vow. 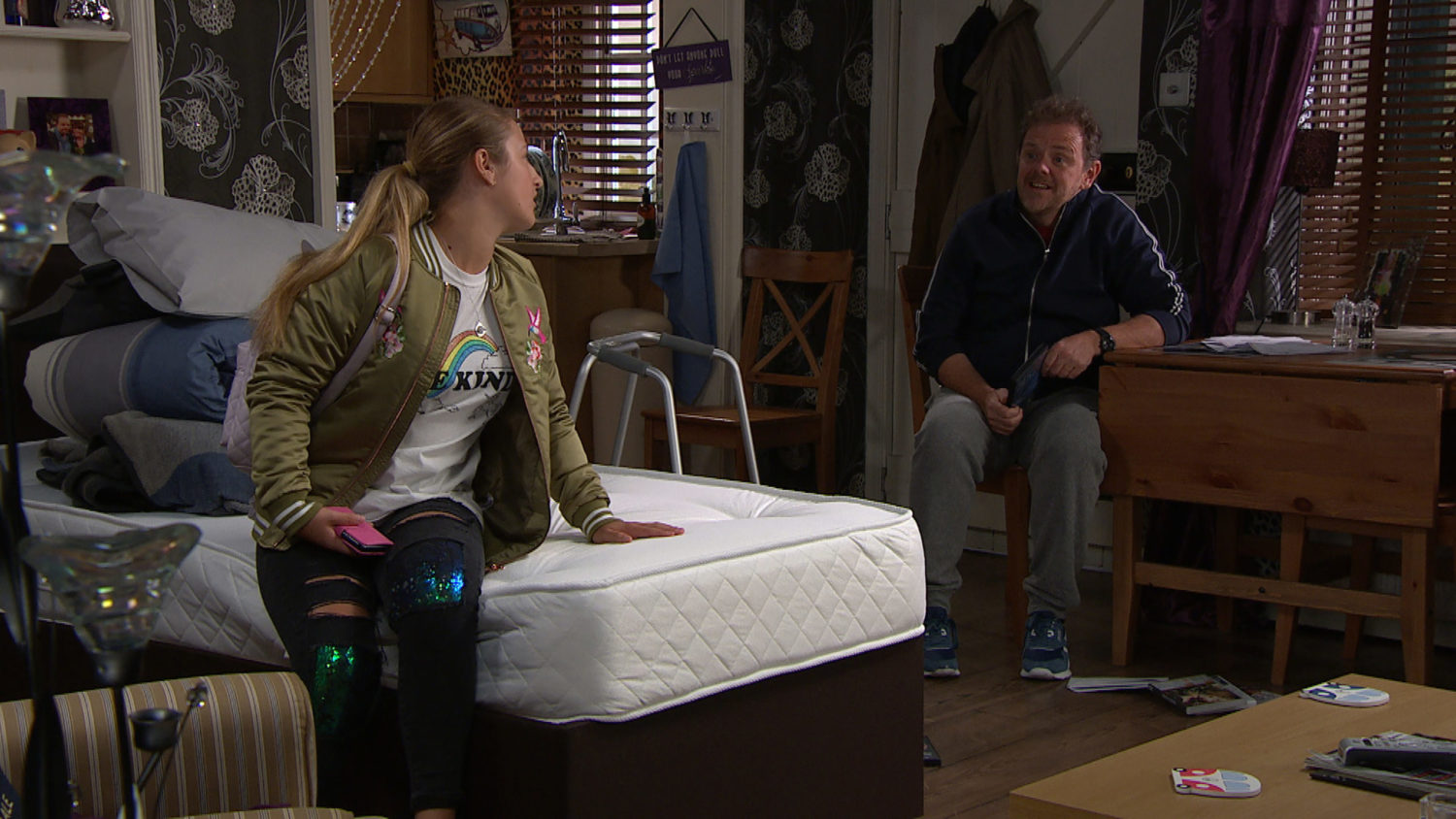 The bills are mounting up and Dan is desperate to keep his debt from daughter Amelia.

She’s already worried enough about what the future holds for her depressed father. 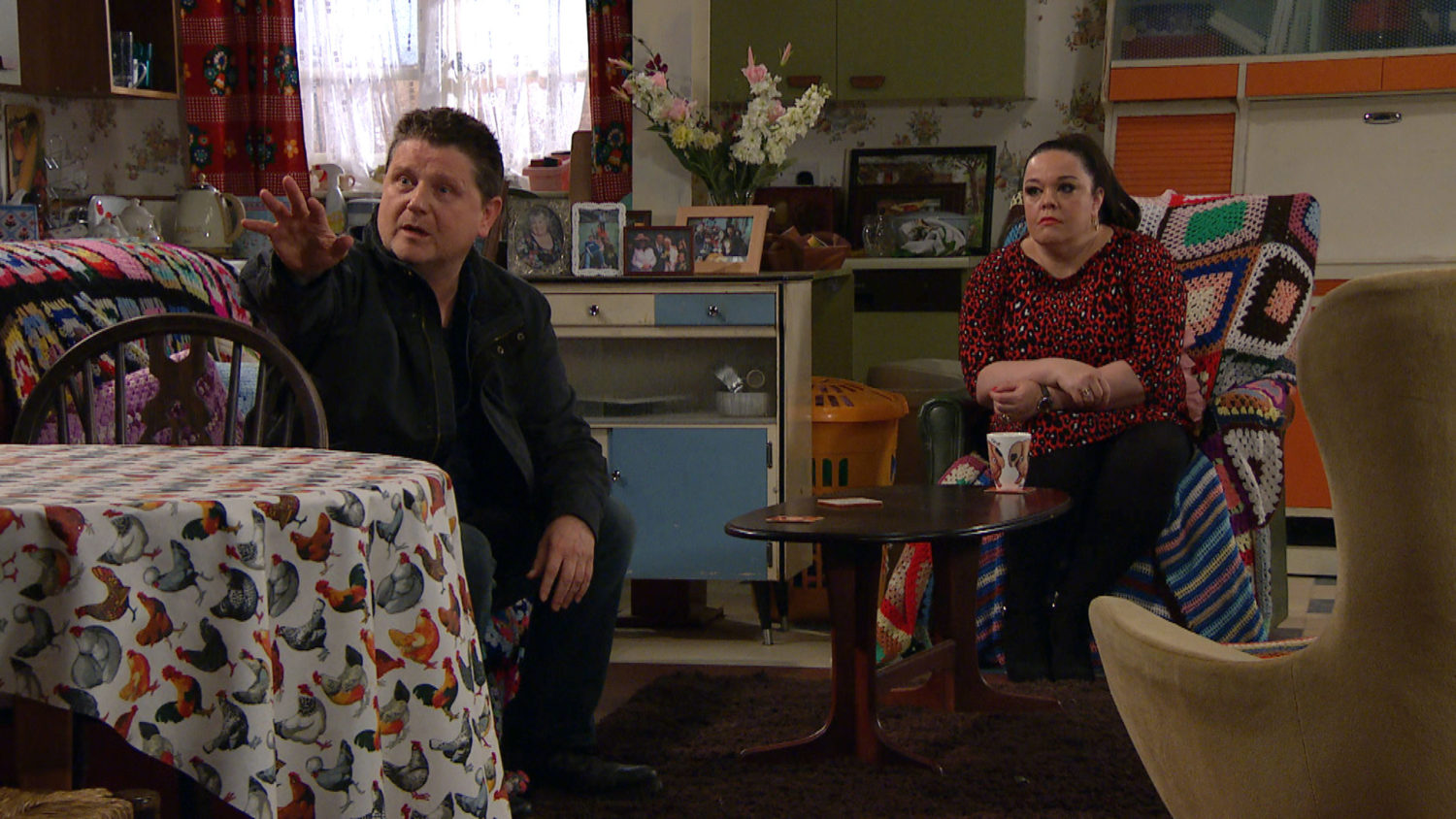 Mandy is irritated to see Paul and Vinny continuing to hit it off. She believes Paul is trying to worm his way back into her good books.

Vinny assures his dad they’ll be able to subtly convince Mandy to get back together with him. 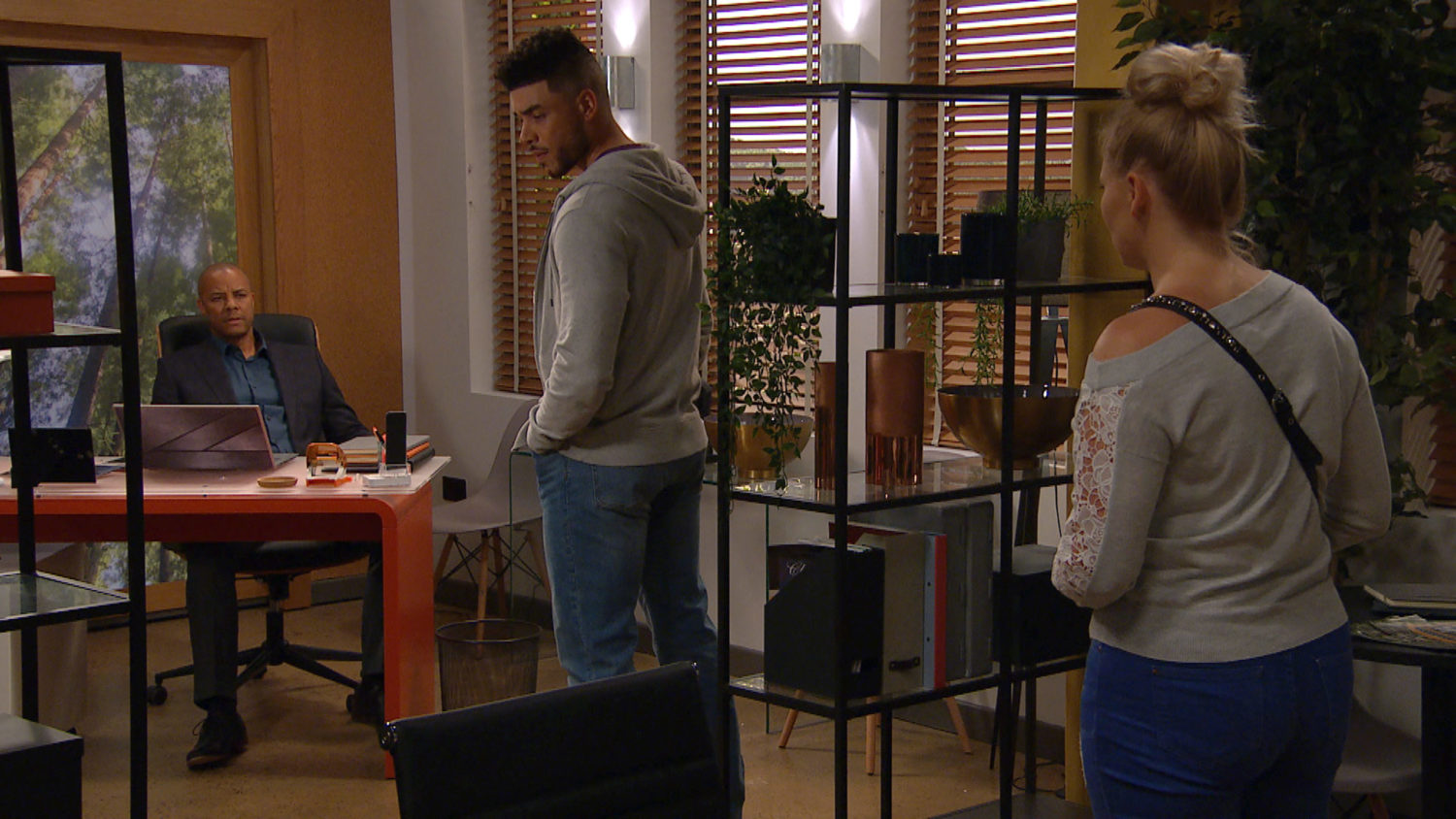 Nate is angry when Al fires him for missing a meeting.

But Nate had to go to the hospital with Tracy, who is pregnant with his child. 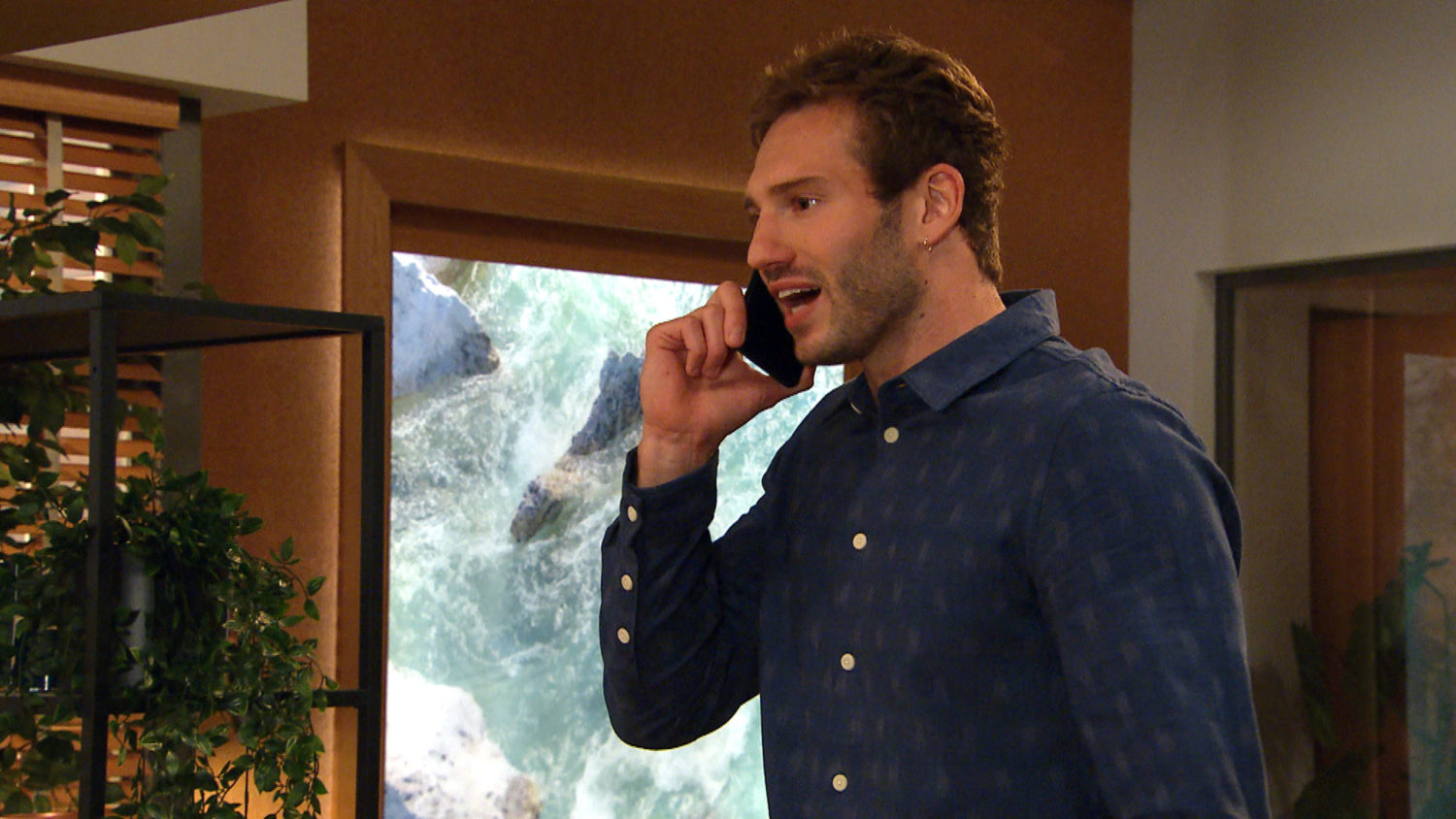 Meanwhile Jamie wants to reveal his and Belle’s relationship to everyone, but she thinks it’s too soon.

He tells Kim over the phone the latest on him and Belle. 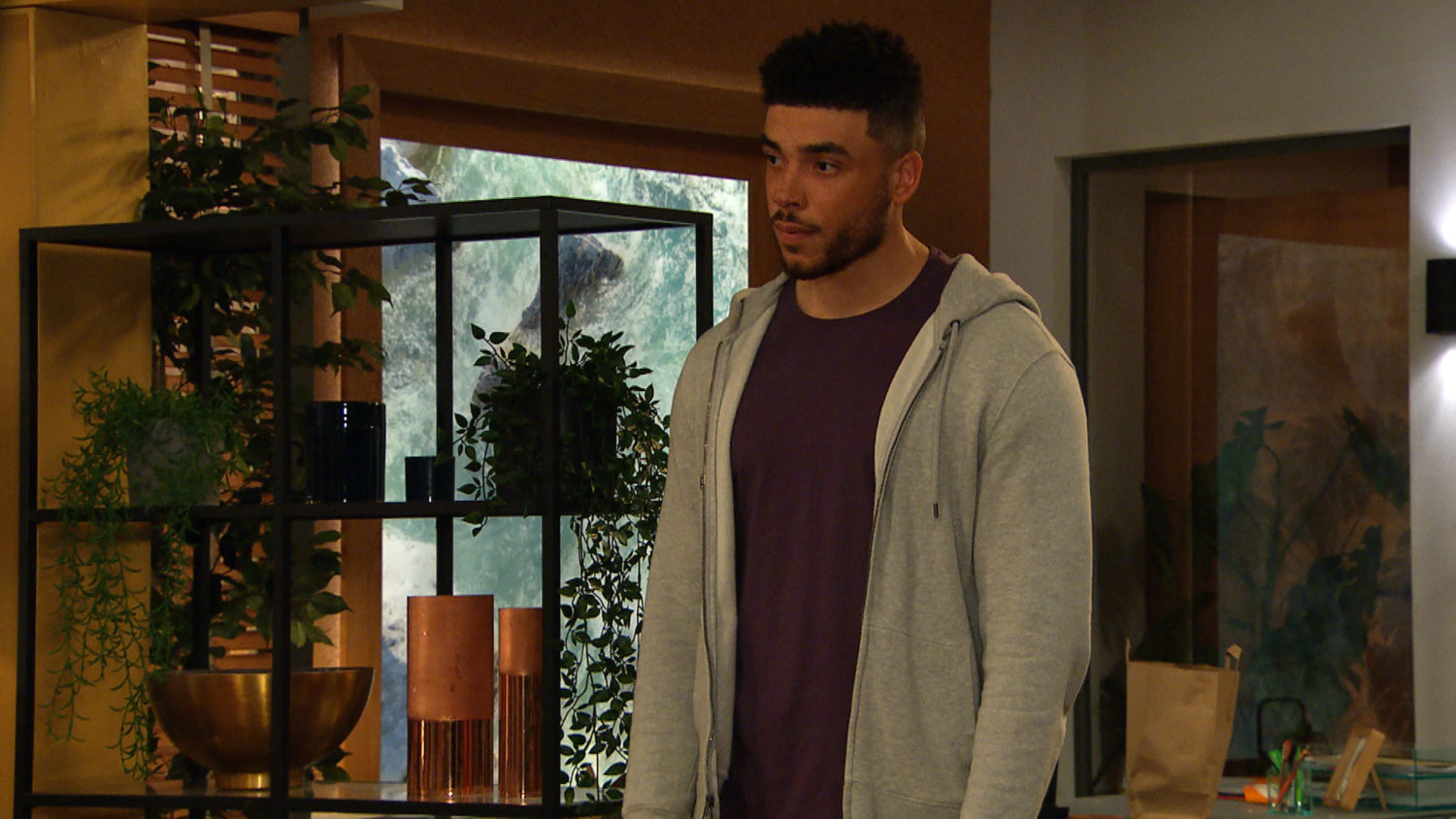 When Nate Robinson arrives, ready to plead for his job, they’re left wondering how much he overheard.

Jamie is worried what this could mean for him. 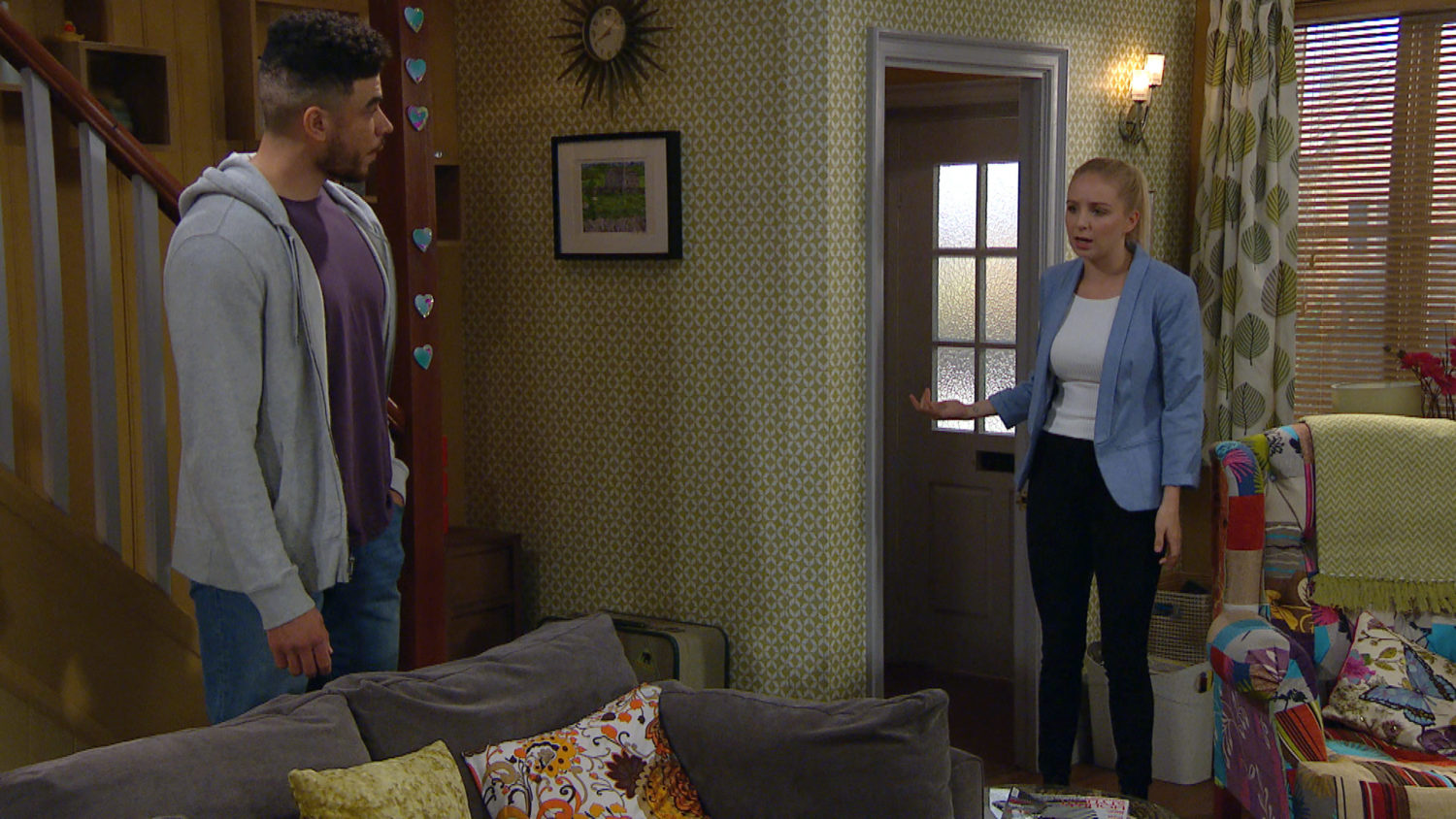 Nate grills Belle about what she was discussing with Jamie before he arrived at the HOP Office.

Belle tries to keep quiet, but ends up revealing that she knows who knocked Moira down. What will Nate do with this information? 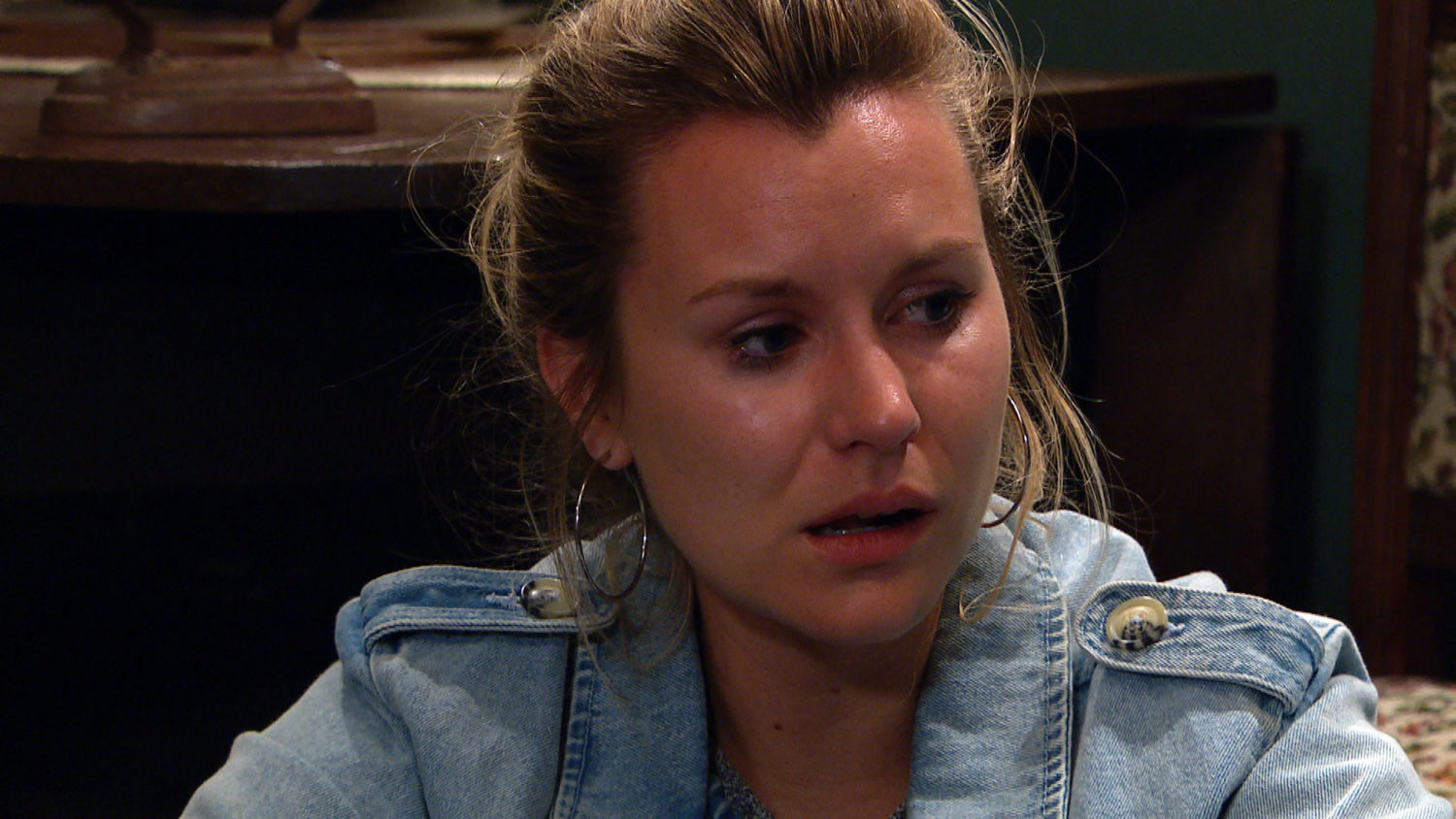 Malone intimidates Dawn, telling her that her testimony against him is useless.

Dawn tries to act cool, but then Malone produces a wrap of heroin and syringe from his pocket. 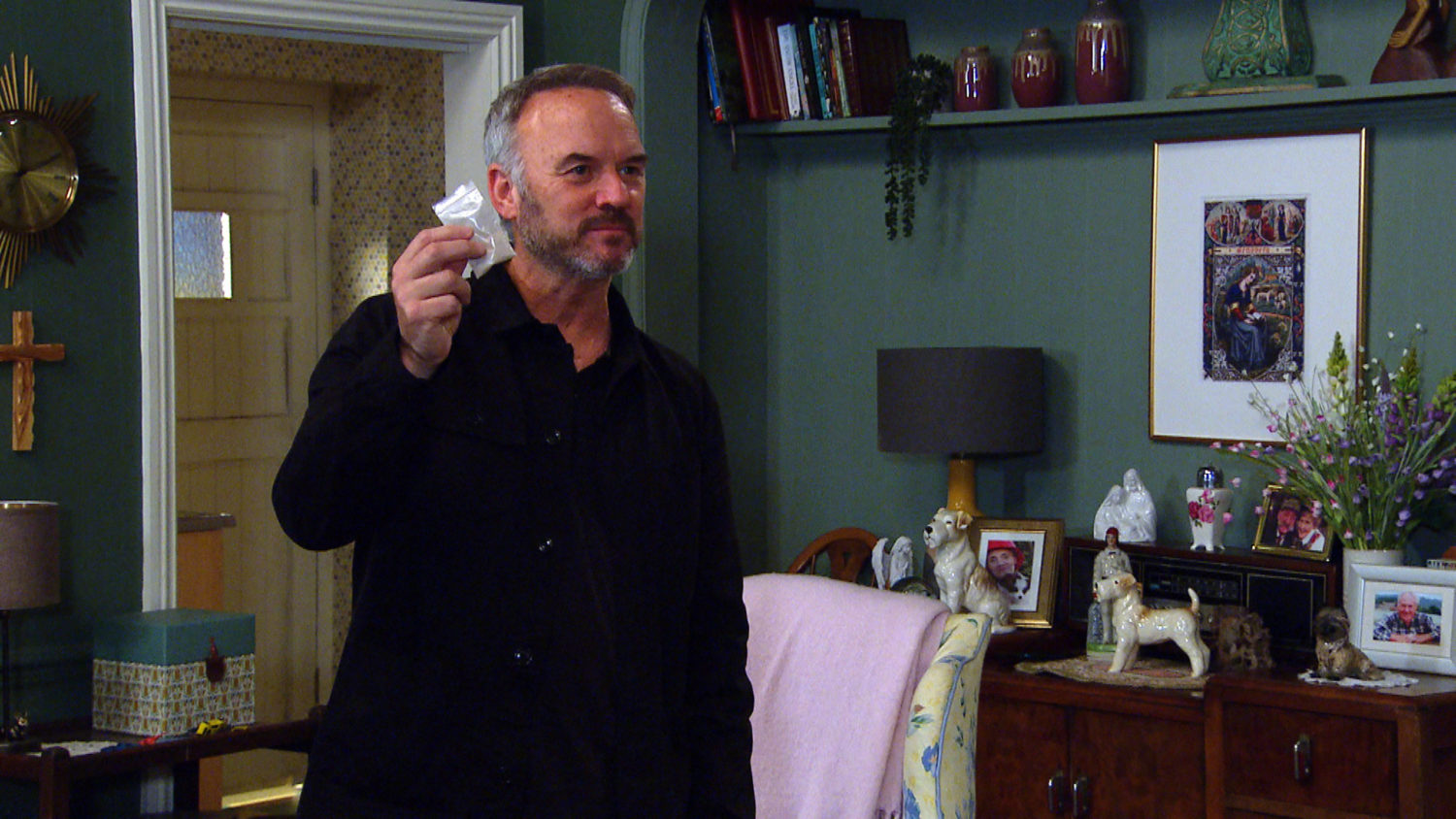 Dawn backs away in horror.

Malone pulls a gun on Dawn when she prepares to fight him but recoils in horror as he takes a step towards her. 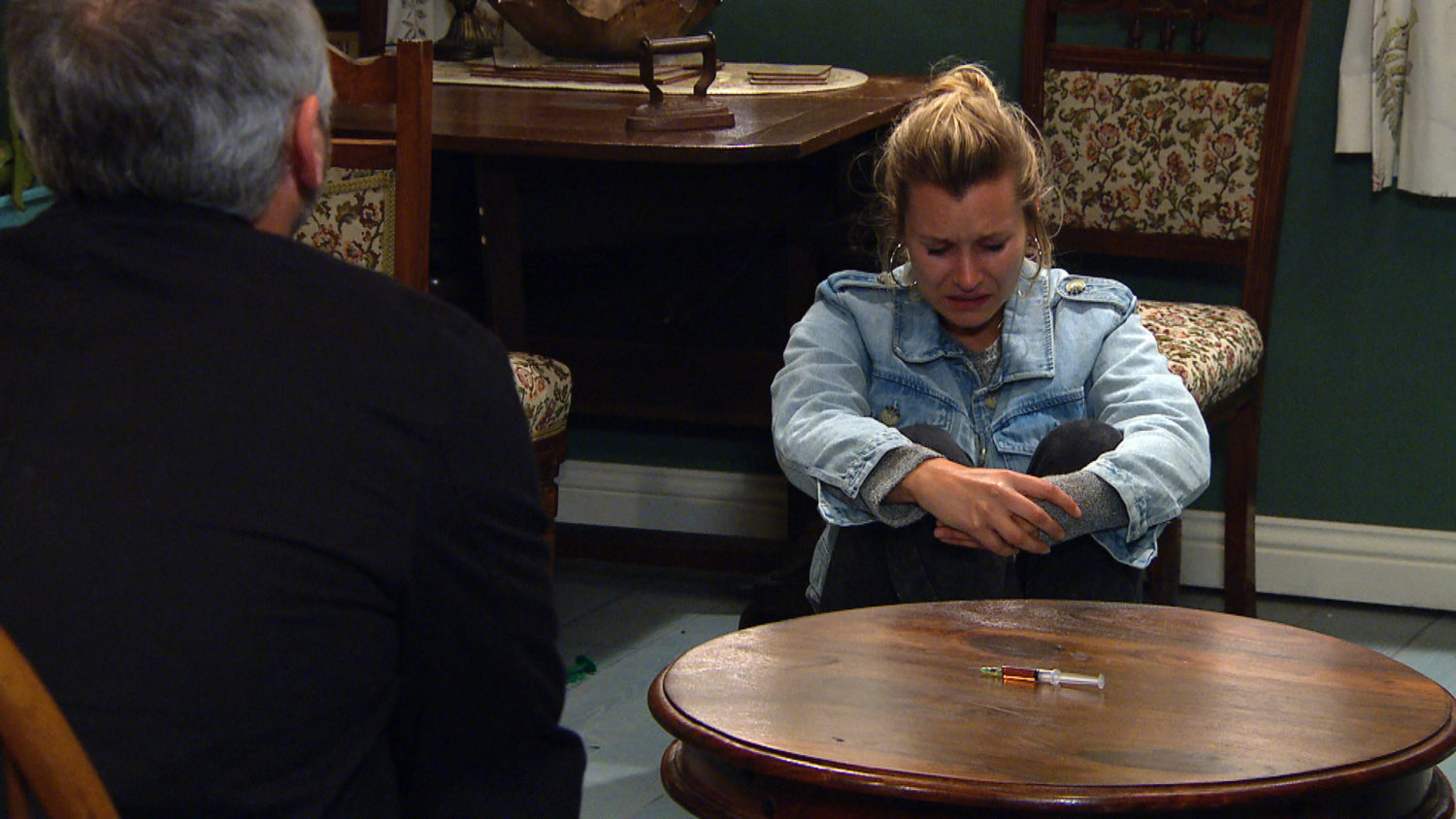 Read More: Who is in the cast of Emmerdale ? Meet this year’s full line up

She breaks down in tears as Malone tempts her to take her own life by overdosing on heroin.

However, before she can do anything, someone comes to Dawn’s recuse and we see Malone’s body sprawled on the floor.