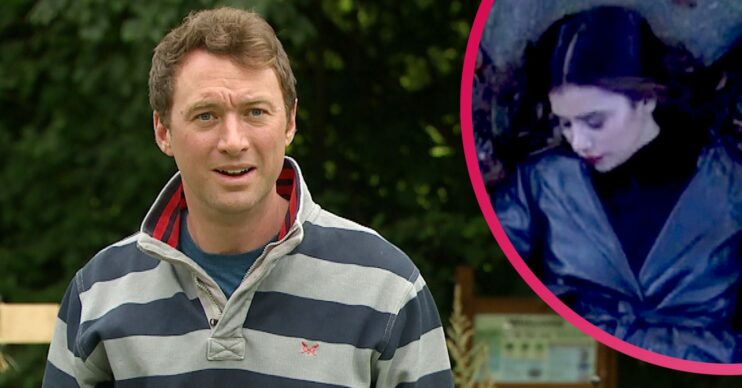 Emmerdale SPOILERS: Liam confesses he pushed Meena over the bridge

The doctor is shocked by the reaction he gets

Emmerdale spoilers reveal Liam Cavanagh will make a shocking confession next week – and reveal the truth about what happened with Meena Jutla.

Viewers watched the doctor push the serial killer over the bridge in an attempt to kill her last week.

She had been winding him up about how easy it was to murder his daughter Leanna in the same way.

He snapped and pushed her, leaving her to die.

However, Manpreet rushed over to check her sister was alive – and summoned help.

In last night’s episode Meena found herself trapped with the police.

But despite this she tried to twist the narrative to blame Liam and is trying to destroy him by using the police.

At the end of last night’s episode it became clear the police know exactly what Meena is – but will struggle to prove it.

Now next week, Liam’s guilt will weight heavily on him.

At the allotment, Liam reveals to Cain that he intentionally pushed Meena off the bridge.

However, he is taken aback by Cain’s lack of reaction.

In a surprise move, Cain hugs Liam, giving him a much-needed moment of cathartic support.

‘Beginning of the end’ for Meena

Read more: 5 questions we have about Meena as this week’s Emmerdale comes to an end

Meena actress Paige Sandhu has confirmed this is now the beginning of the end for the serial killer’s time on the soap.

Speaking on This Morning earlier this week, she said: “And I can say this is the beginning of the end for Meena, but there’s more drama to come!”

She also spoke about how she loved playing out last week’s scenes on the soap.

““These scenes have been some of my most favourite scenes,” she said.

“Meena is at her best in these scenes, she’s funny, she’s wild, she’s scary, she’s created this plan which is so over the top, but just works.”