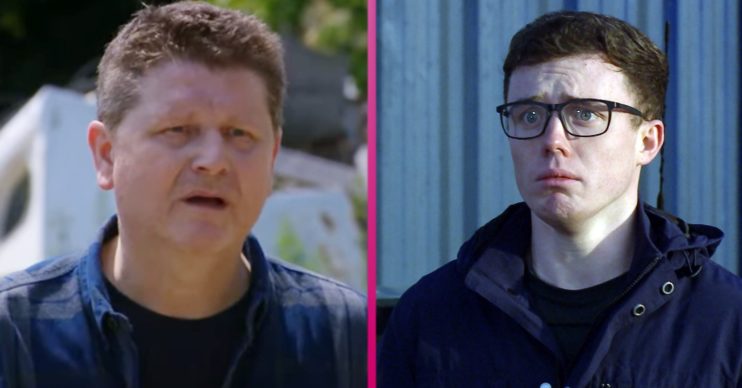 Paul has attacked Vinny before

Emmerdale fans were disgusted as Paul brutally beat his son Vinny. But does Vinny die in Emmerdale?

In tonight’s scenes (Thursday, March 18) Vinny pieced together that his dad had faked being kidnapped by Connor.

Vinny pretended he saw the van that kidnapped Paul in the village and told his dad.

Paul soon made a call to Connor and Vinny overheard him, confirming his suspicions.

The teenager confronted his dad over his lies and Paul said he only did what he needed to in order to protect him and Mandy.

But when Vinny threatened to tell Mandy, Paul told him he would ensure he could never spill the beans.

He then subjected him to another brutal beating.

However this time, Vinny was left unconscious and bleeding from his mouth.

As Paul shouted his son’s name, there was no response.

Has he died? Well, we have to wait until 8pm to find out!

In the second episode Paul calls Mandy and tells her that Vinny has been beaten up in Hotten.

What state is he in? And will Mandy now learn the awful truth about who she is marrying?

Read more: Andrea in Emmerdale: Who is she ad who plays her?