The  actor opened up on Twitter that since leaving the soap he has started writing his own comedy show. In fact, the 32-year-old star will be moving to Los Angeles in the next two weeks to work on it! 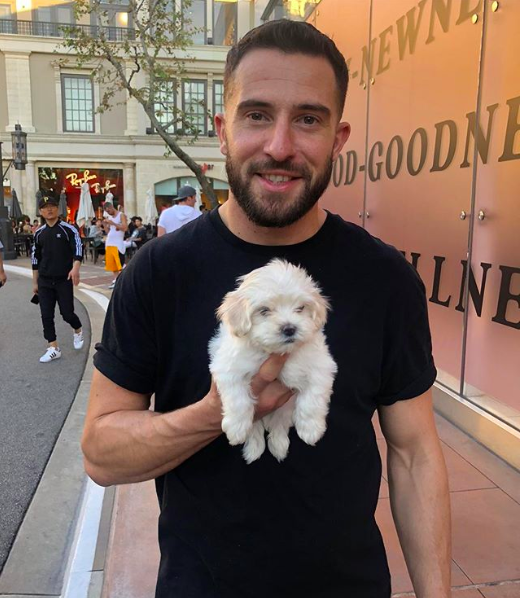 Is he taking the cute puppy with him to LA? (Credit: Mikeparr226 Instagram)

Replying to a tweet from screenwriters Scott Beck and Bryan Woods - in which the pair revealed they wrote more than 30 plays before one was sold - Michael said: "What was the hardest part? The ideas? Dedicating the hours? Getting it in front of ppl? Convincing ppl of your vision?"

The screenwriting duo replied: "Those are all constant challenges, but committing the time to be a better writer by writing/reading/studying makes the 'getting it in front of ppl' and 'convincing ppl of vision' so much easier. Because the work must speak for itself." 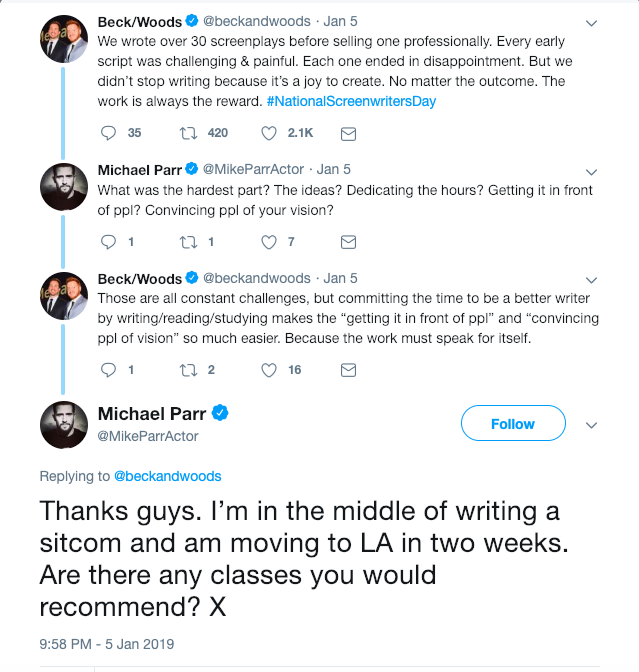 Mike chatted to screenwriters about getting his big break (Credit: MikeParrActor Twitter)

Michael responded: "Thanks guys. I'm in the middle of writing a sitcom and am moving to LA in two weeks. Are there any classes you would recommend? X."

Read more: Good Morning Britain debates whether women over 50 are too old to love!

The star left his role on the ITV soap in autumn last year, with the actor - who played Ross Barton on the show - keen to "pursue other acting opportunities".

Cheerio Ross!!! It’s been a pleasure. The last 5 years have been the best in my life. I’ll never forget working with such a brilliant team. To everyone involved thank you from the heart of my bottom. LOVE x

At the time, he tweeted a goodbye to his character, writing: "Cheerio Ross!!! It’s been a pleasure. The last 5 years have been the best in my life. I’ll never forget working with such a brilliant team. To everyone involved thank you from the heart of my bottom. LOVE x."

But in November, Michael admitted he was "bored" after being unemployed for two months following his Dales departure.

He tweeted: "I know there are many factors for why ppl don't/can't work but in my experience of not having a job which has almost lasted two months now.... it is boring. So boring. There's just naff all to do!" 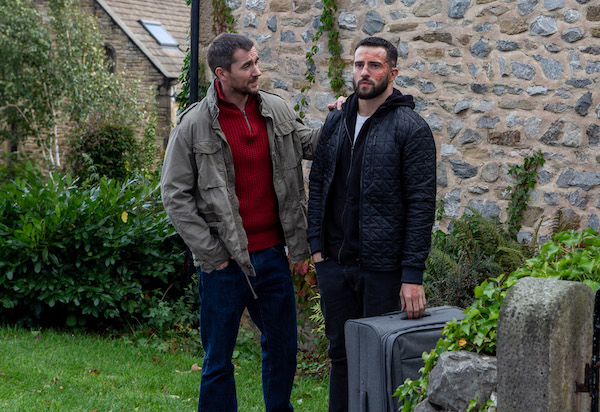 His former cast mate Samantha Giles, who plays Bernice Blackstock, was quick to reply with words of support as she told him to "hold his nerve", adding that "something good will come up".