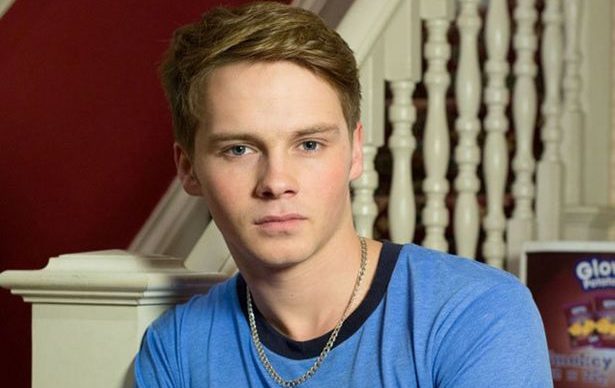 You literally wouldn't recognise him!

Actor Sam Strike has changed so much since leaving the cast of EastEnders, we doubt his on-screen dad Mick Carter would even recognise him these days.

Sam joined the cast of the BBC soap as clean-cut Johnny Carter in 2013, appearing on-screen for the first time on Boxing Day.

Johnny’s touching ‘coming out’ storyline warmed the hearts of the nation, scoring Sam and Danny Dyer an awards nomination.

But the actor decided to leave after less than a year, saying at the time: “I didn’t really feel like at the time my character was necessarily needed in EastEnders.”

However he did add that he’d “learnt a lot” working on the soap.

Sam was replaced on the soap by Waterloo Road actor Ted Reilly, and has since followed the path of a jobbing actor – starring in Silent Witness, Mindhunter, Nightflyers and critically acclaimed Chernobyl.

The Essex-born star also landed a role in Leatherface, a prequel to The Texas Chain Saw Massacre.

And these days he looks virtually unrecognisable from the person we saw in Walford.

His fresh baby-faced looks are now older and covered by facial hair, and his body is full of tattoos.

In many of his Instagram posts, the 25-year-old actor is seen smoking a cigarette.

Some of his photos show him topless, in others he is wearing what he calls a ‘wife-beater’ white vest.

He’s also shared photos of a new tattoo being done in a tattoo parlour.

In June, Sam reunited with several of his former EastEnders co-stars to celebrate the release of Himesh Patel’s film Yesterday.

Sam – who previously dated Dani Dyer – can be seen smiling alongside Himesh, who played Tamwar Masood, as well as Harry Reid, Ricky Norwood and Hetti Bywater.

Alongside the photo, he wrote: “Little EastEnders reunion to celebrate the dude’s new movie. He’s dope. See it.”

Sam’s followers were quick to comment, with one replying: “Can’t believe it’s all former cast members.”

Do you think Sam looks remarkably different? Leave us a comment on our Facebook page @EntertainmentDailyFix and let us know what you think!