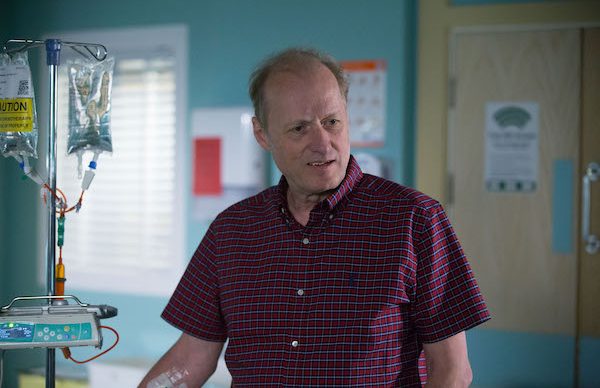 Viewers of EastEnders have been left shocked as it was revealed Daniel Cook is actually alive.

In last night’s episode (October 10 2019), viewers were saddened to see Jean receive news that Daniel had passed away.

At the memorial she met Daniel’s neighbour – who had earlier rung her to tell her Daniel had died.

With Kush, she reminisced the time she had with Daniel but there was a shock twist.

As Daniel’s neighbour left, he met up with Daniel, who was watching people leave his memorial!

Daniel explained he was falling for Jean and it was best she thought he had passed now than after she had fallen in love with him.

Viewers were shocked to see he was still alive and had faked his death.

We talked in work today about how it was such a rotten end for a great character like Daniel and now he’s back, please let him stay around for a bit longer ??? #Eastenders

Daniel was a BIG TWIST but I’m loving Ben & Martin at the moment. #EastEnders

Fans of the show know Daniel and Jean didn’t get off on the right foot.

A couple of months ago, the pair met at chemotherapy and it was obvious he got on Jean’s nerves.