Jake Wood has quit boozing with his EastEnders castmates for the sake of his family.

Actor Jake, 47, has played Max Branning since 2006 but the hard partying lifestyle that comes with starring in one of television's biggest shows took its toll on him.

He would regularly party with his co-stars after a long day's filming.

And he would even cash in on his fame with personal appearances at night clubs, with free booze laid on as an added bonus.

But now he has given it all up to spend more time with his wife and children.

There is a bubble and I know it is great fun, but it is not real.

He told the Sunday Mirror: "There was a time when I was drinking but you have to find your way.

"I am not that sorted kind of guy. It is trial and error – and a LOT of error. 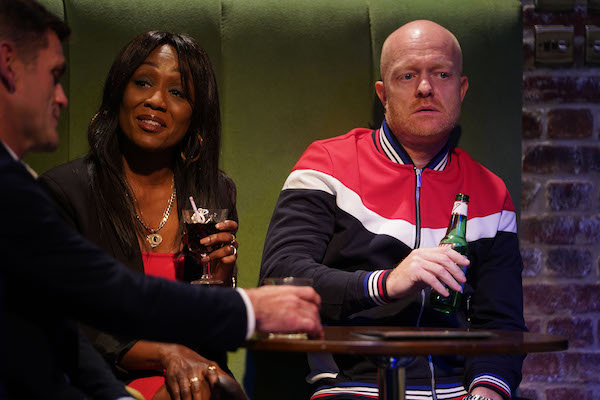 "I think you have to make mistakes to realise what you want and how you want to live your life. For me, not drinking is a big part of that.

"It is a really weird life. There is a bubble and I know it is great fun, but it is not real. And when it does end it is brutal."

Jake has been at the centre of some of the soap's most controversial storylines.

He filmed long hours when Max schemed to destroy Walford out of revenge for being set up for Lucy Beale's murder.

The plot saw Max develop a harrowing self-harm habit that still continues to this day, but there is a new lighter Max now who is focused on raising his granddaughter Abi.

And off-screen Jake's life is going well, he added: "I have got everything I need at home. I think you have to get a balance as it is such a crazy life."

Would you give up partying for your family? Leave us a comment on our Facebook page @EntertainmentDailyFix and let us know what you think!