Another shock death is set to air in EastEnders later this year - one that's going to devastate the Mitchell family.

In pictures published by the Daily Star Jay Mitchell can be seen breaking down as he takes a coffin surrounded by white flowers to a funeral. 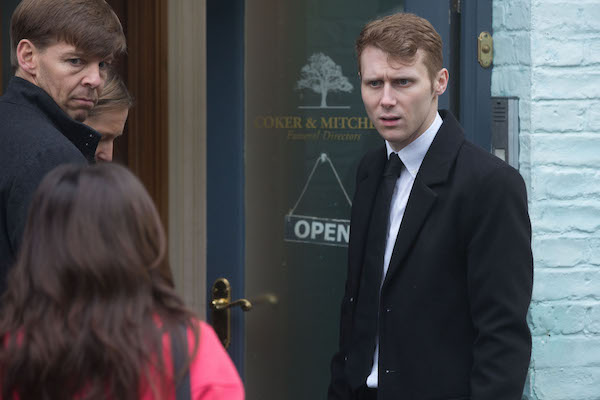 Jay will be devastated by the shock death (Credit: BBC)

The undertaker seems overwhelmed with emotion in a death that will affect the Mitchell family.

He can be seen being comforted by ex-girlfriend Lola Pearce and 'brother' Ben Mitchell.

Actors playing Jay, Ben and Lola were all spotted filming the scenes earlier this week.

It is not yet known who the death is - but it has been reported it is not a central character.

A source told the publication: "There's going to be tragedy in Walford.

"Execs had a number of meetings about the storylines they wanted to do this autumn and it was decided it was the right thing to kill someone off. 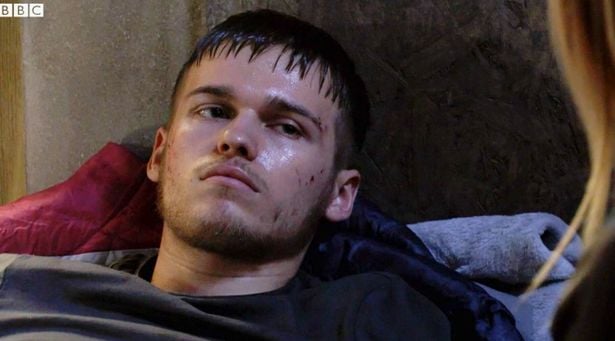 "They think it will be a good way to keep viewers hooked. And it will keep things fresh.

"It's not one of the central characters. But, as with any death on EastEnders, it will be a big moment for the fans."

The funeral is not connected to the upcoming shock death happening next week on the soap.

There will be a horrifying turn of events when escaped killer Hunter Owen takes Walford residents hostage in the Queen Vic.

The week of episodes will take place over one dramatic day as Hunter loses control and the gun goes off, wounding one resident.

But when he grows even more unhinged, Hunter takes drastic action and at least one death will happen before the end of the week's dramatic episodes.

Who do you think will die in Walford? Leave us a comment on our Facebook page @EntertainmentDailyFix and let us know what you think!