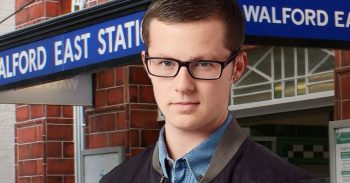 He showed off how much progress he's made

Former EastEnders star Harry Reid has showed off his toned body in a shirtless snap.

The actor, who played Ben Mitchell in the soap, shared a photo to Twitter of himself showcasing his ripped bod.

The photo sees Harry posing in the mirror while sporting a pair of black jogging bottoms.

I never do this, but progress is progress. Just don’t take me seriously.#gym #progress #itsalllighting pic.twitter.com/ZcMdnmin7f

Harry captioned the post: “*CRINGE ALERT* I never do this, but progress is progress. Just don’t take me seriously. #gym #progress #itsalllighting.”

Fans couldn’t get over Harry’s transformation.

One person said: “Those arms have certainly gained some serious definition. It’s not “cringe” in the slightest, you deserve to be proud of what you worked so hard to build. Good on ya!”

Another wrote: “What a transformation! You’re looking great!” while a third added: “You look amazing, Harry!”

Harry was recently replaced as Ben Mitchell in EastEnders after first taking over the role from a previous actor in 2014.

Harry has been replaced by Waterloo Road star Max Bowden.

Tweeting Max to congratulate him on bagging the role, Harry wrote: “@MaxBowden Mate, just wanted to wish you the best of the luck.

“Re-casting can be hard on us, but they will grow to love you! Enjoy Ben as much as I did! Welcome to the Clan…I anoint you Ben the 6th.”

Max replied: “Mate thank you so much, that honestly means a hell of a lot. I hope I can give it as much brilliance as you did.”

Earlier this year, Harry opened up about leaving the soap.

He told the Metro: “The one message I did want to put out there is that it has been so touching that my fanbase has been so supportive. They’re upset because they think I’m upset but I can assure them that I’m not.

“Every actor puts their own slant on a character – what will happen is that the audience will fall in love with a new version on Ben and I hope that continues.

“I come into this game to play different parts – not to play one for my whole life. It just means that the door is properly closed – but there are other doors.”

What do you think of Harry’s ripped bod? Leave us a comment on our Facebook page @EntertainmentDailyFix and let us know!