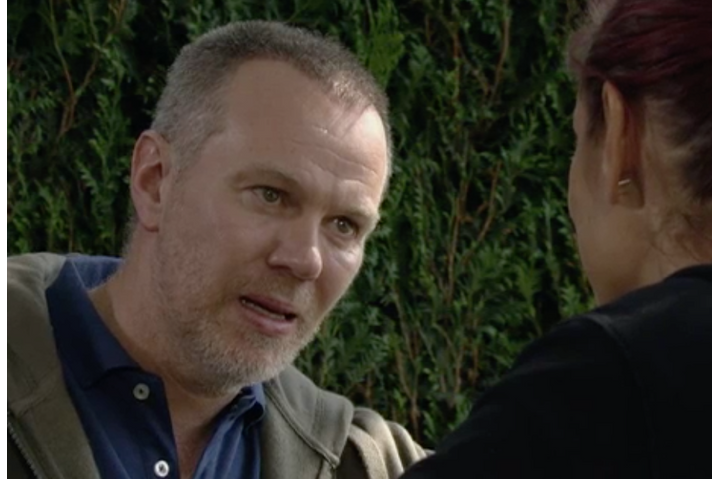 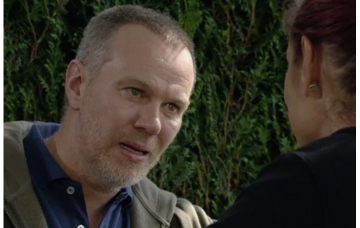 Will Dylan reveal who REALLY shot the vile bully?

EastEnders fans are one step nearer to finding out who shot Stuart Highway, after suspect Dylan Box was arrested.

Last night (Tuesday 11 September), the BBC soap aired another intriguing twist in the whodunit mystery as Dylan told police he KNOWS who the culprit is.

Read more: EastEnders fans have the BEST theories about who shot Stuart Highway

Mick and Tina’s childhood friend Dylan disappeared on the night Stuart was shot, and hadn’t been seen since – leading the Carter family to suspect foul play.

After all, he has good reason to want Stuart dead after being the victim of his malicious pranks.

On Tuesday, however, Tina – convinced Dylan is the one who did the shooting – tricked him out of his hiding place.

Feeling guilty that she hadn’t actually called an ambulance for Stuart on the night he was shot in the Queen Vic, she agreed to help the police lure Dylan out.

She arranged to meet up with Dylan in the local park and questioned him about her own suspicions about his behaviour – like what WAS in that bag?

Believing his answers to be suspicious, Tina gave waiting undercover cops the nod. They then arrested him and interrogated him themselves about that fateful night.

Dylan denied having anything to do with Stuart’s shooting, but revealed he knows who did, telling the police: “I shouldn’t be here. You’ve got the wrong man and I can prove it.”

As the show’s duff duffs kicked in, viewers took to Twitter to express their shock at the latest twist.

One wrote: “Well that was quite a brilliant twist! #EastEnders.”

That interview scene was like something out of The Bill. Class. #Eastenders

For someone who is scared of his own shadow, Dylan was really calm when the detective yelled at him. Is he working together with Stuart to bring the Carters down? #EastEnders

Have to say, I didn't see that coming. Tina helping the police get their hands on Dylan.#EastEnders

The way Dylan said `I’m not the man’ makes me think a man is guilty of the shooting,halfway?@bbceastenders #Eastenders

Another called the ending “well good”, while a third agreed, writing: “That interview scene was like something out of The Bill. Class. #EastEnders.”

Of course, many fans continued to speculate about the culprit, with a popular theory being that Dylan and Stuart are working together to set the Carters up.

Meanwhile, Faye Daveney has joined EastEnders as Stuart’s daughter Zara – and she will be instrumental in the downfall of Mick Carter…

Who do you think shot Stuart Highway? Leave us a comment on our Facebook page @EntertainmentDailyFix and let us know what you think!